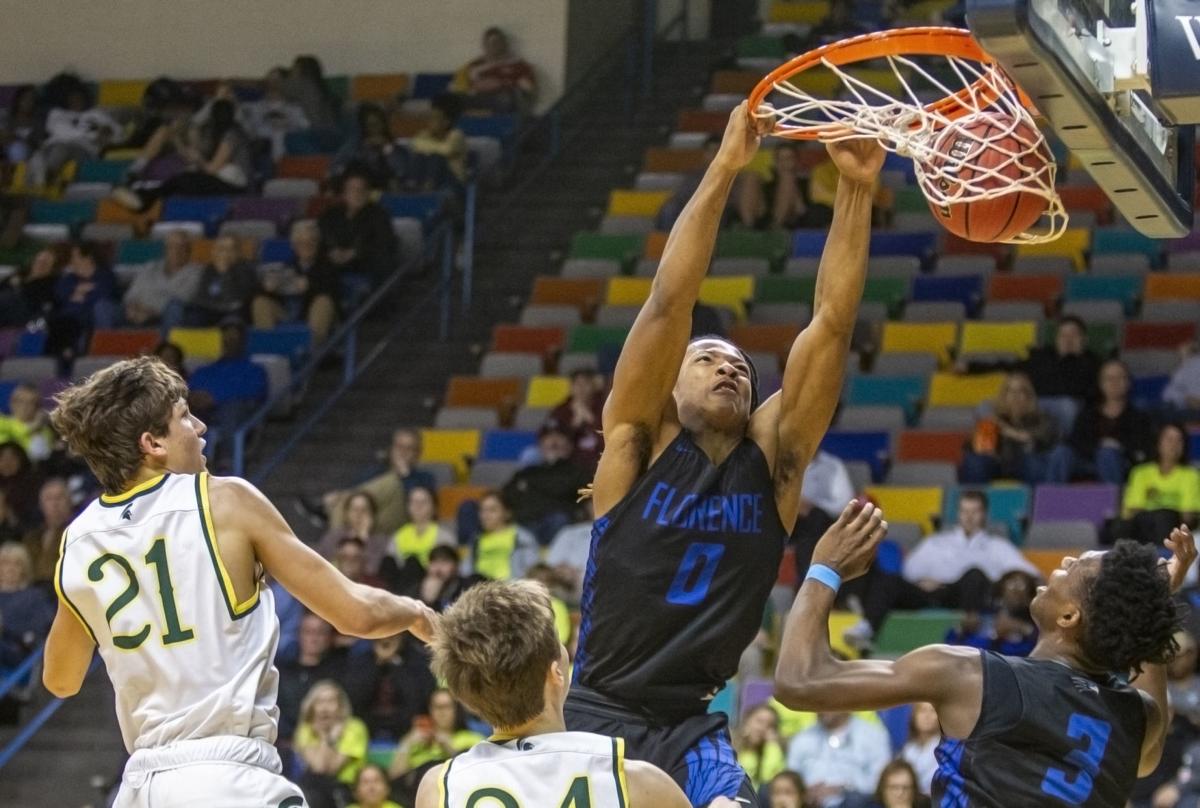 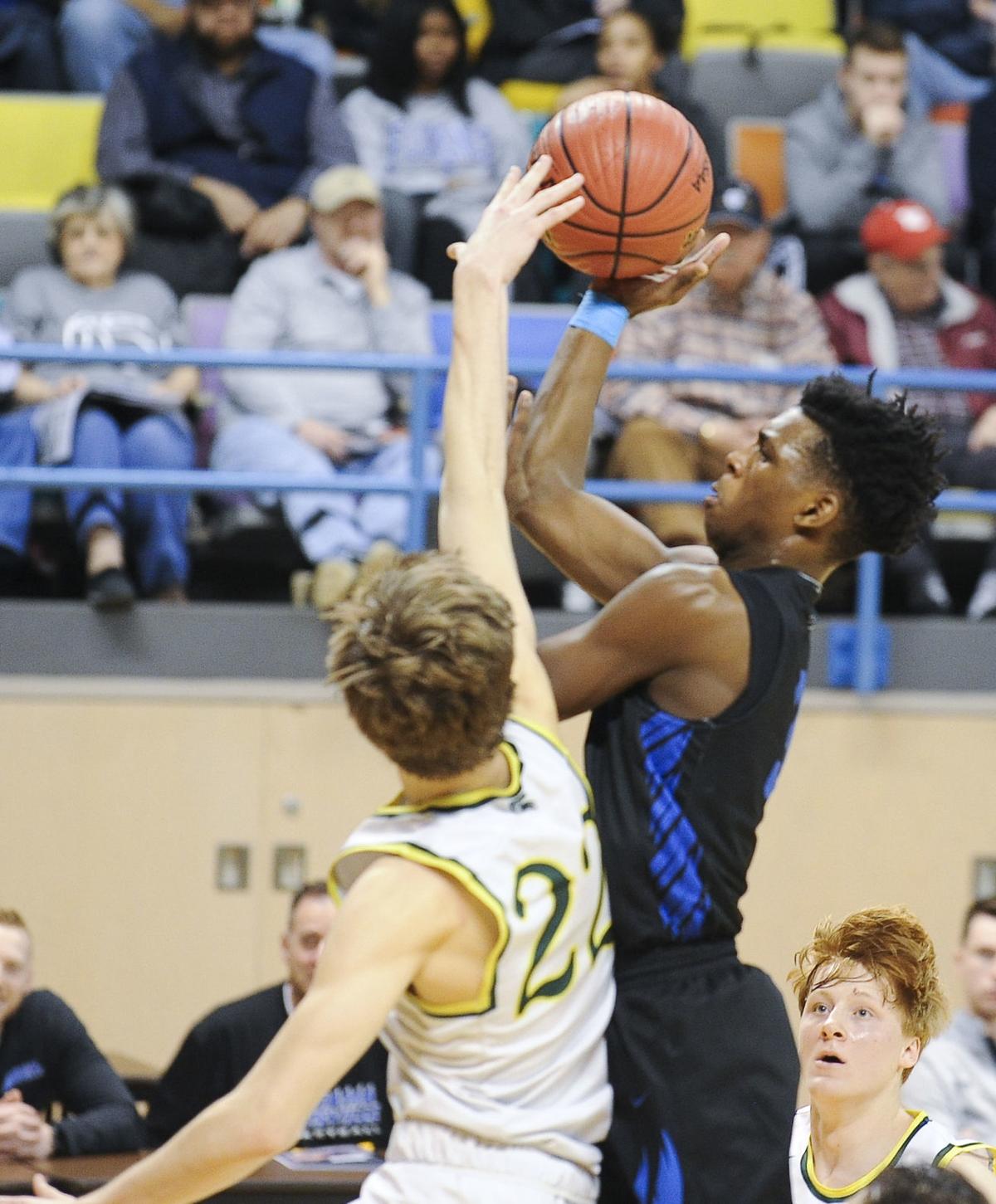 HANCEVILLE — In its first two years of Class 7A competition, the Florence boys basketball team is 2-for-2 when it comes to reaching the Northwest Regional. But a win there remains elusive.

Two tough stretches — one just before halftime and another immediately after — proved costly Thursday afternoon as Florence fell to three-time defending state champion Mountain Brook in the Class 7A Northwest Regional semifinals, 67-48.

The Spartans no longer have Mr. Basketball winner Trendon Watford, now at LSU, but they have plenty of good players and allow their opponents little room for error. Mountain Brook (30-2) has not lost to an in-state opponent all year.

“We just made too many mistakes,” Florence coach Anthony Reid said. “You can’t make mistakes against them because when you do it turns into points.”

Florence led on four occasions, the last time being 17-16 after Jameris Lee made a long pass to Jaeden Webster for a three-point play early in the second quarter.

The Falcons trailed 26-23 after Will Champagne’s baseline drive, but Mountain Brook outscored Florence 11-3 from then until halftime and scored the first seven points of the second half.

Carter Sobera, a senior forward, scored 25 points for Mountain Brook on 11-of-12 shooting. Colby Jones, the Spartans’ biggest star, played only 23 minutes due to foul trouble but had 15 points and a team-high six rebounds.

Mountain Brook moved the ball well and seemed to get higher-quality shots than Florence most of the day. Mountain Brook had 21 assists on 26 field goals (to just 10 turnovers). Florence had nine assists on 18 made shots with 12 turnovers.

“We had to throw every defense at those guys that we had to try to find a way to stop them,” Mountain Brook coach Bucky McMillan said. “So (my) hat’s off to (Florence), their players, their coaches. They’ve got a lot of competitors. They were here last year and you could tell. They played like a veteran group as well.”

Mountain Brook advanced to the regional final against Spain Park.

“Last year I didn’t get to play as much,” Webster said. “This year has been a pretty good season.”

Dee Beckwith picked up three first-half fouls but still played 25 minutes and had 13 points and a team-high nine rebounds. Beckwith’s putback dunk late in the first half offered a reminder of the Tennessee signee’s rare athleticism.

“It means a lot,” the senior Beckwith said of representing Florence. “For me playing these huge roles in basketball and football, I just feel like I had a lot to prove this year. Some days I felt good about it and some days I felt like I didn’t meet up to the standards.”

Reid noted that except for Beckwith and Anderson, most of the Falcons saw little varsity playing time until this year.

“Overall I’m extremely proud because they got us back to where we were last year, and a lot of people didn’t believe we could do that,” Reid said.