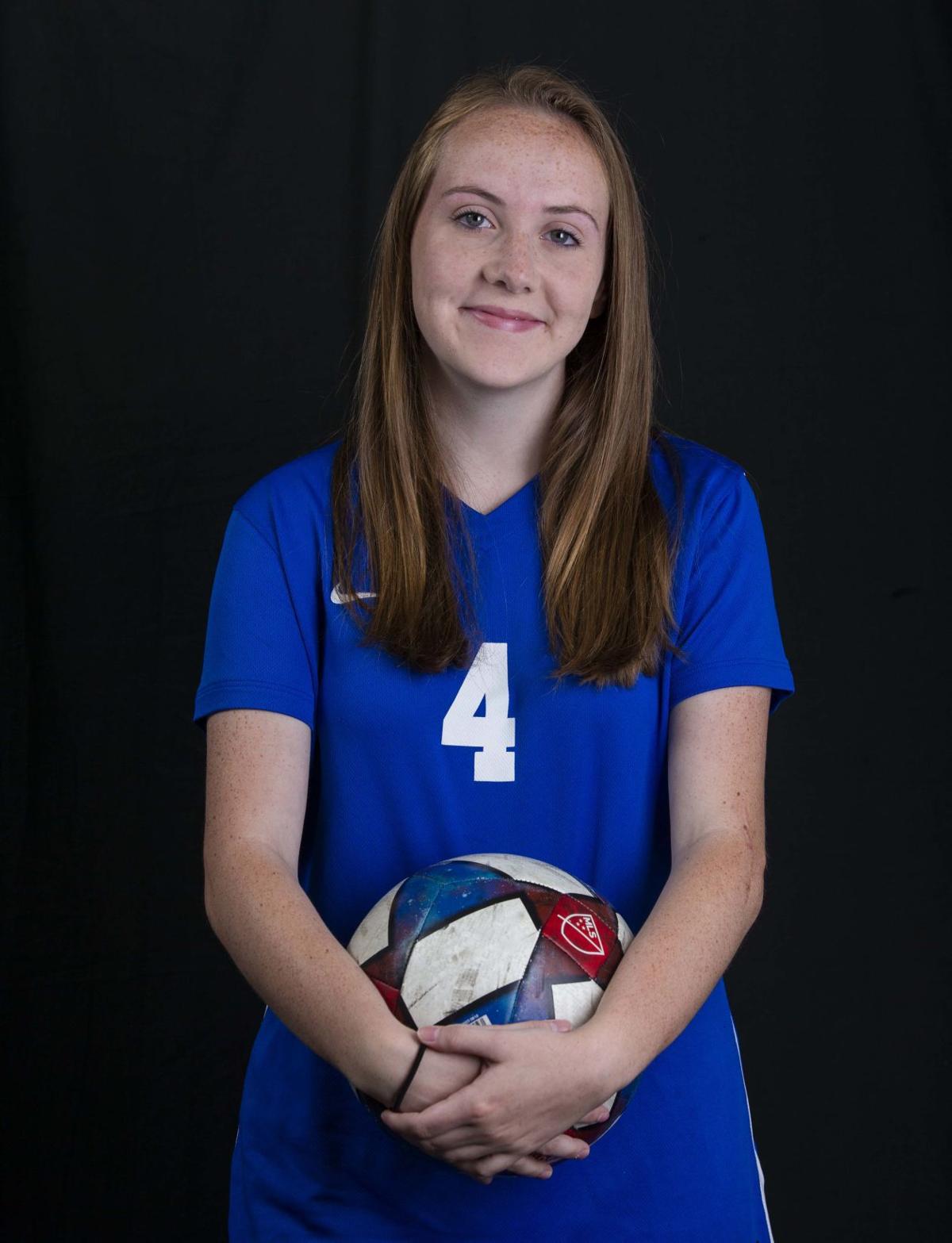 The TimesDaily girls soccer player of the year is Samantha King. [MATT MCKEAN/TIMESDAILY] 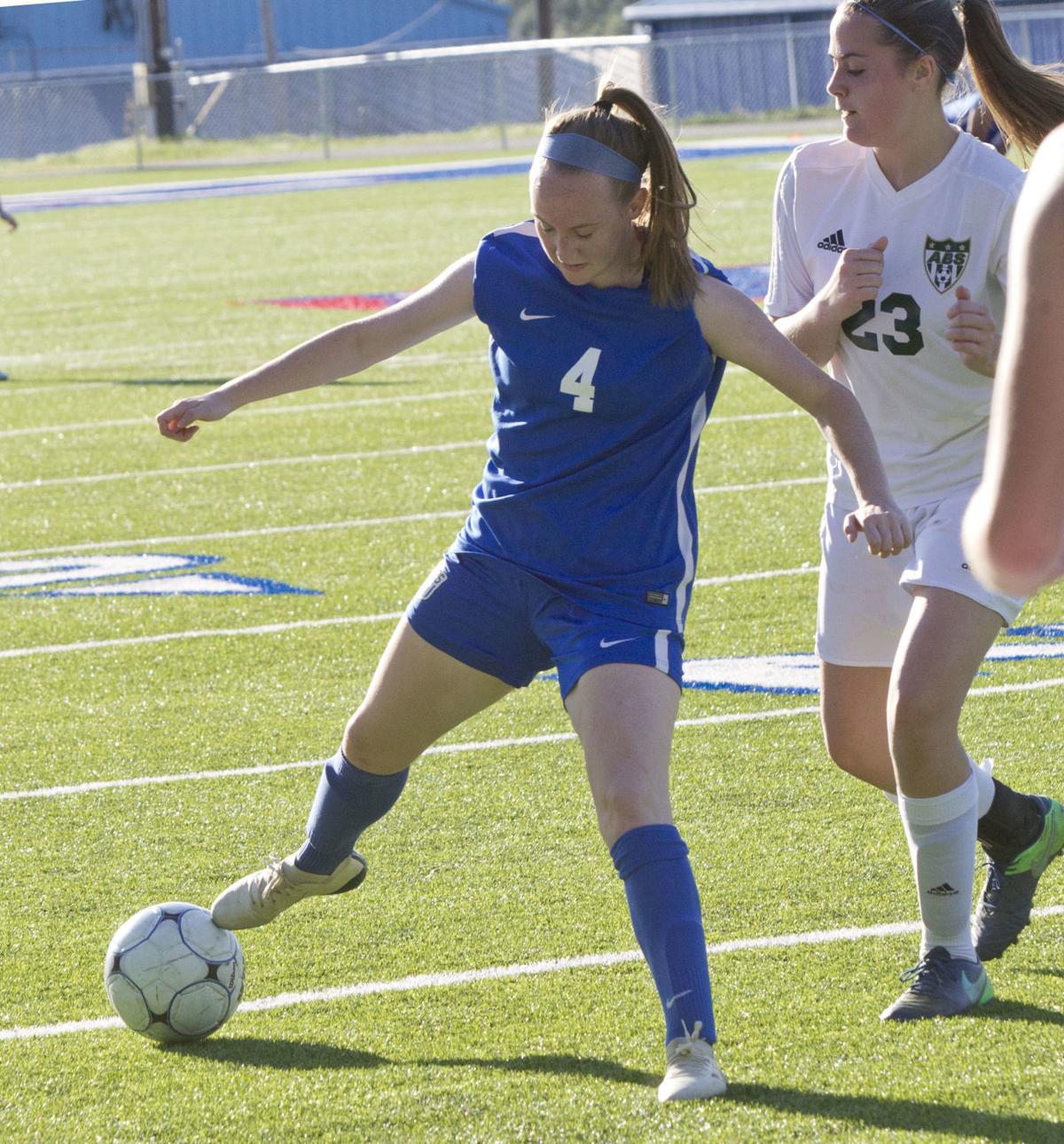 The TimesDaily girls soccer player of the year is Samantha King. [MATT MCKEAN/TIMESDAILY]

Super sophomore Samantha King broke more records on her way to another stellar season for the Mars Hill girls soccer team, but the memory of playing for her sister is what she will remember most from the 2019 season

For a season in which she scored 33 goals and had nine assists, King has repeated as the TimesDaily's Girls Soccer Player of the Year.

She and the other TimesDaily players of the year will be honored at the annual Athlete of the Year banquet June 11 at the Florence-Lauderdale Coliseum. At the banquet, the overall male and female athletes of the year will be announced along with the top boys and girls athletic programs.

It didn't take long for King to start making history. In the second game of the season she scored her 100th career goal to become the youngest player in school history to achieve this feat. Heading into her junior season, King has amassed 123 goals and 52 assists for the Panthers.

Jennifer King, her coach and older sister, said Samantha is important to the Panthers because of her team-first attitude, not just her ability to score goals.

“Sam is a general on the field and the sparkplug for our offense,” Jennifer King said. “A stat I noticed at the end of the season was when Sam scored, we won. The funny thing is how much she hates the attention, but she just wants to do her job and put her team in the best position to win.”

Samantha King agrees that is one of her top attributes.

She said she and her sister normally do not differ about soccer because their views are similar. Samantha said playing for Jennifer has been a dream come true.

“I love that my sister is the coach,” Samantha said. “She knows my thought process and how I work. It’s going to be different without her next year, as she is going to coach at Faulkner, but I know she is one call away so I can talk to her about soccer.”

Samantha said Jennifer was the reason she started to play the game she now loves, putting a ball at her feet at an early age. On the way to coach in college, Jennifer said it will be tough to not coach her younger sister, but she's looking forward to watching her grow.

Jennifer said she and her sister have done a good job of making sure soccer and their personal life stay separated.

“With such a huge age gap between us, soccer has brought us together and made us extremely close,” Jennifer said. “We do a good job of separating family dynamics from the player-coach relationship. When we step on the field, we challenge each other to be the best we can be. When we step off the field, we are best friends.”

Samantha said that she cherished the memories she made with her sister as the coach.

“I love the bond that we have because of soccer,” Samantha said. “We have most things in common, but I really do not think that we would be as close without that special bond from soccer.”

Lauren Lopez, MF, senior, Florence – One of the leaders of Florence’s defense

Will you wear a face mask every time you must leave your home?