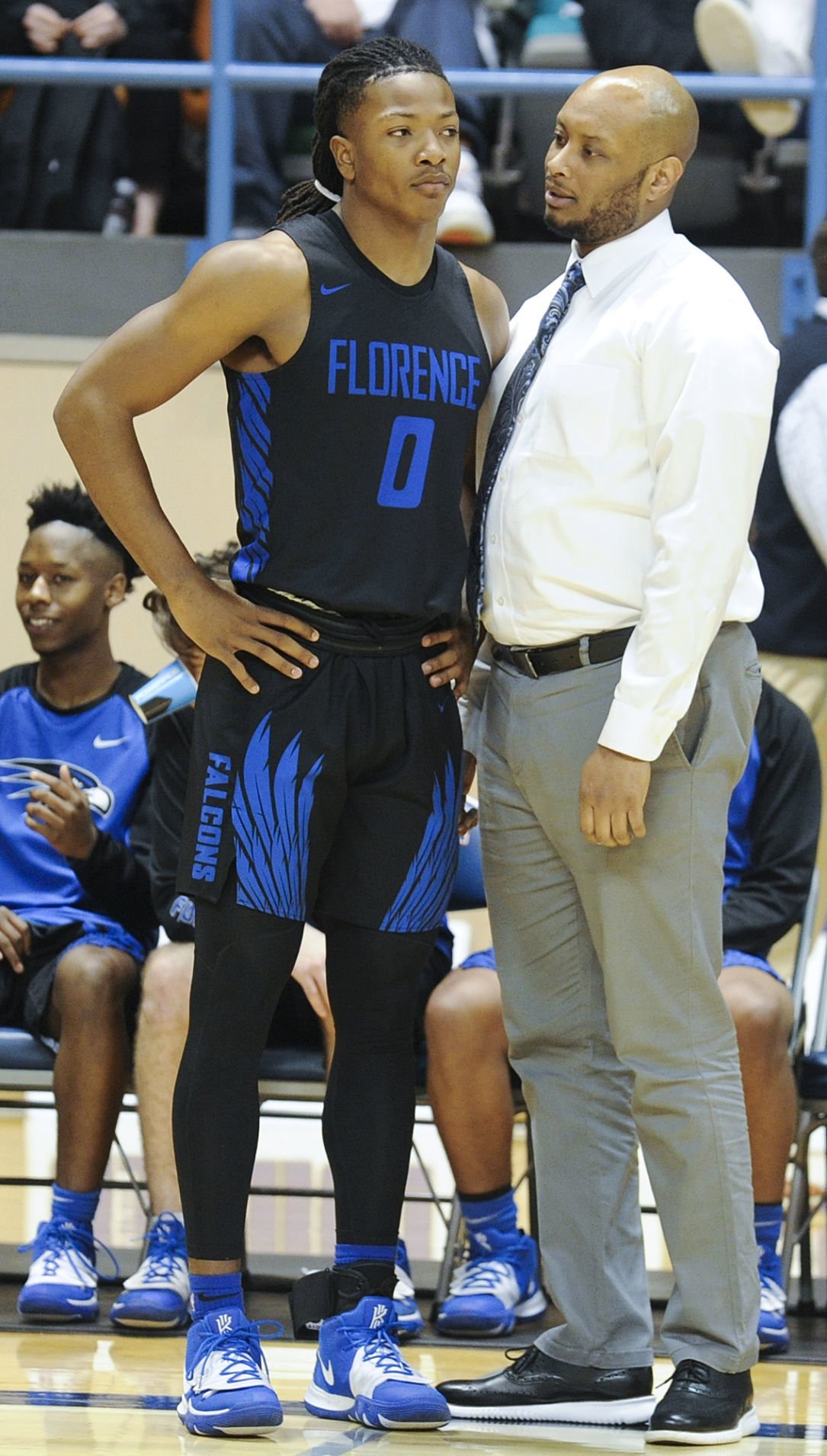 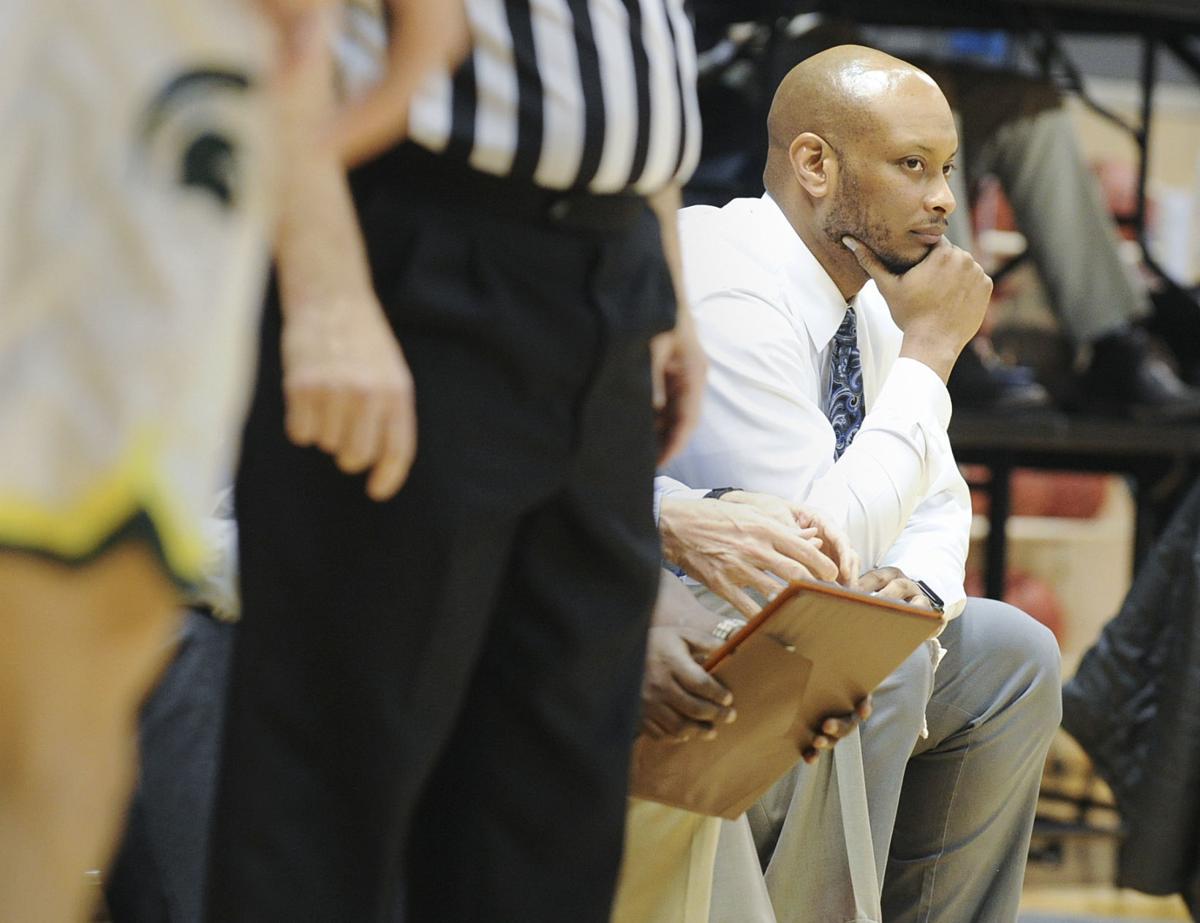 Editor's note: The Lauderdale County Sports Hall of Fame banquet scheduled for Saturday night was postponed due to the ongoing coronavirus pandemic. Before it happened, TD sports writer Errol Chandler chronicled Corey Hughes, one of this year's inductees. No new date has been set for the induction ceremony.

FLORENCE — Managing a social life, high school and a host of decisions regarding the future can seem overwhelming to an 18-year-old.

A 6-foot-3, football/basketball standout at Coffee High School, Hughes accepted the challenge while cementing his name as one of the best athletes in Alabama and creating a bright future.

Although he was a great player in both football and basketball, his heart belonged to the hardwood. But his athletic career was cut short in 1999 before he could make a mark in college.

It was just something about basketball

He arrived at Coffee for his freshman year looking for a chance to prove he belonged. His only certainty was that he wanted to wear No. 14 in honor of his uncle Jeff Hughes, who played for the Yellow Jackets.

“It was one of the main things I wanted to do as a kid,” Hughes said.

Hughes established his presence on the basketball court and the football field.

“I was one of the two leading scorers on the team as a freshman,” he said. “After that I was like this basketball thing might could get me somewhere.”

Inspired by his uncle Jeff (Hughes), another uncle (Ollie Petty, a former Brooks standout football player), and former Coffee three-sport star Rayfield Ragland, whom Hughes calls “The G.O.A.T,” Hughes wanted to get back on the football field.

Though he excelled in football during his time as a three-year starter, basketball still gained his attention the most.

“I loved them both (football and basketball) growing up,” Hughes said. “But it was just something about basketball that did it for me.”

Hughes evolved into one of the best athletes in the state. He caught 16 touchdown passes as a receiver and led the Yellow Jackets in interceptions as a defensive back while being named all-area three times.

He was even more dominant in basketball. He averaged 20 points per game and finished as Coffee’s all-time leading scorer with 2,168 points. He was named to the TimesDaily all-area teams from 1996-99.

“You would look at boxscores at the end of the night and you would ask how many points did that guy with the goggles have?” Florence High Athletic Director Byron Graham said. “They would usually say ‘30’. He was always so smooth. He could have a quiet 30 or an electrifying 30 but it would always be 30 plus.”

A 1997 TimesDaily championship game still stands out in Hughes' memory. He was 0 for 8 from the 3-point line in the first half, and then he was supposed to compete in the tournament’s 3-point shooting contest at halftime.

“You can imagine going into halftime,” he said. “You haven’t hit a 3-pointer but you're about to perform in the 3-point contest. I almost didn’t get in it but I went and at one point hit nine in a row. So that was a big surprise to me. Then we won that championship, so that trumped it all.”

“As an 18-year-old kid, you're playing football and basketball,” Hughes said. “You’re on a good team that’s one of the top teams in the state. You’re getting a bunch of recognition by guys from the state that you already know that’s going to play top Division I basketball. To hear your name mentioned with those types of guys, it’s a great feeling.”

He was receiving offers from Alabama, Auburn, and Xavier among others.

But as quick as athletic success was finding Hughes, something he couldn’t have even imagined was developing off the court.

Everything changed for Hughes one January night.

Lying in bed, Hughes struggled to roll over from side to side. He asked his mother to help, and they eventually went to the emergency room to figure out what was wrong.

“They told me I had fluid on my lungs,” Hughes said. “So I had to sit out a few games.”

About the time he was ready to return to play, another problem cropped up.

“When I started back practicing,” he said. “I realized I couldn't catch my breath.”

Coach Max South took Hughes to the hospital, where the diagnosis came back that Hughes was suffering from something called Protein S Deficiency, which caused blood clots in his lungs.

It meant that his playing career was over.

More to life than just basketball

Hughes quickly realized everything would be fine, as an entire community filled with friends and family rallied around the star ensuring that he would be OK.

“We knew he had a tremendous potential college and pro career ahead of him based on how he played,” Graham said. “It was an immediate shock when we all found out. It was obviously very sad to all of us who loved watching him play.”

But one moment at church changed Hughes’s perspective towards the reality of his situation.

“I remember seeing a little girl in a wheelchair,” Hughes said. “And she couldn’t walk. And that made me think, ‘Why would I be upset when I can’t play a sport when this person can’t even walk?’ So that kinda put things in perspective for me. That’s really what made me realize there is more to life than just basketball.”

The Hall of Famer

Hughes remained in the community. Now, he is a physical education teacher at Florence Middle School. He coaches JV basketball at Florence and helps coach ninth-grade football.

He hopes that through coaching, kids will learn to become better players both physically and mentally. But more importantly, he hopes that the game helps them become more polished in one key area that can benefit them far greater than scoring a basket.

“You know I hope that in coaching,” Hughes said. “I can make men out of them. Not just in basketball, but outside of it.”

“He’s unbelievable when it comes to that (coaching),” Graham said. “He’s got this natural pull towards children. Kids want to play for him. He’s a good teacher of the game and he’s got a lot of patience. He just does a great job of doing what he does with kids.”

Hughes said he was honored to be selected to the Lauderdale County Sports Hall of Fame.

“I’ll never forget that I was talking to my parents one time about it and it was not long out of high school. I said ‘I’ll probably never get in that.’ I told them ‘I didn’t have the college career. I just played high school ball.’ So I figured that for the inductees it was the whole body of work. So this is an honor.”

It turns out his brief body of work was more than good enough to get into the hall of fame.