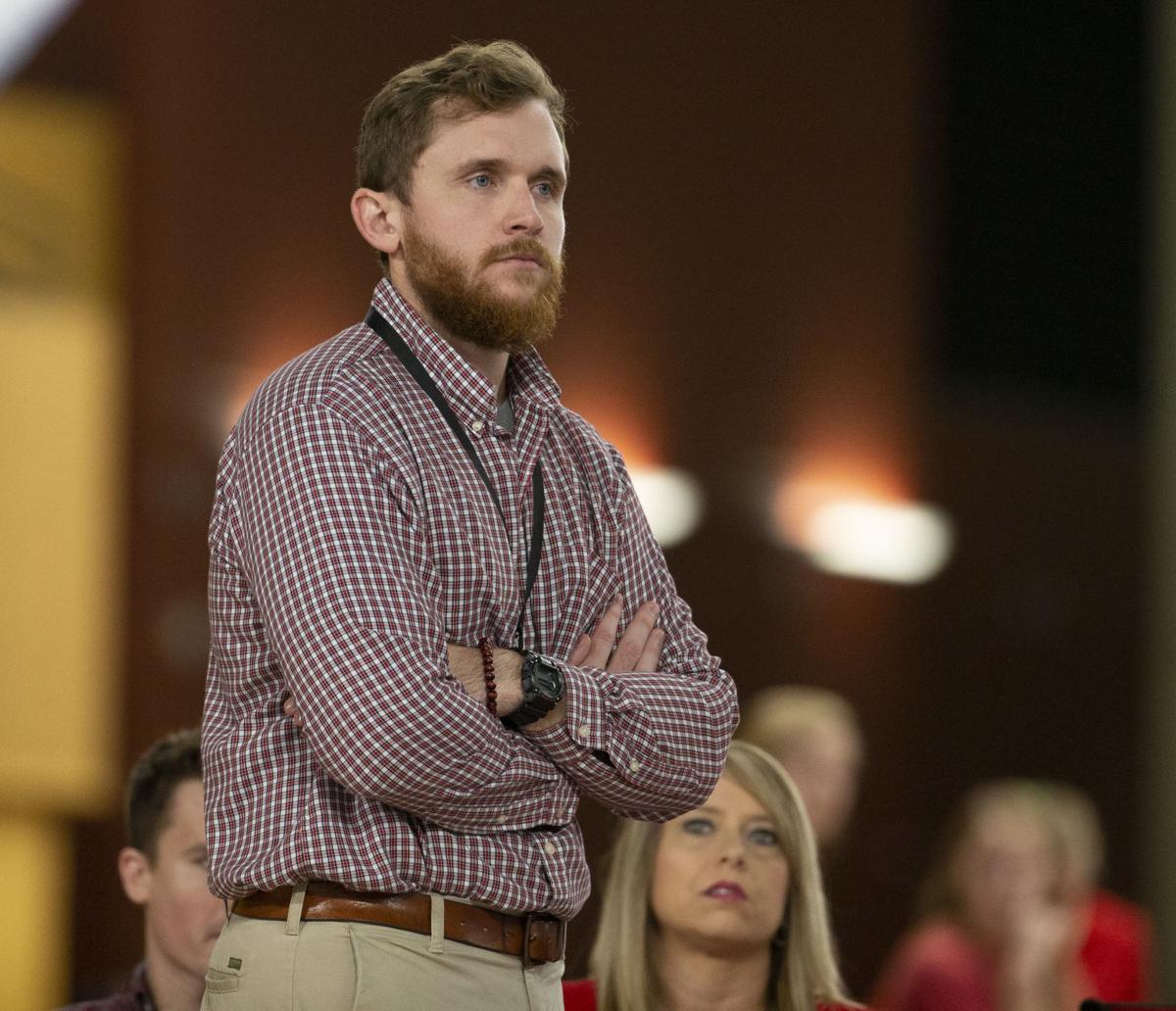 Central volleyball coach Drew Murphy is glad Alabama plans to have high school sports this fall but knows holding a season will be more complicated than in the past. "I know it's going to be a challenging year," he said.  [MATT MCKEAN/TIMESDAILY] 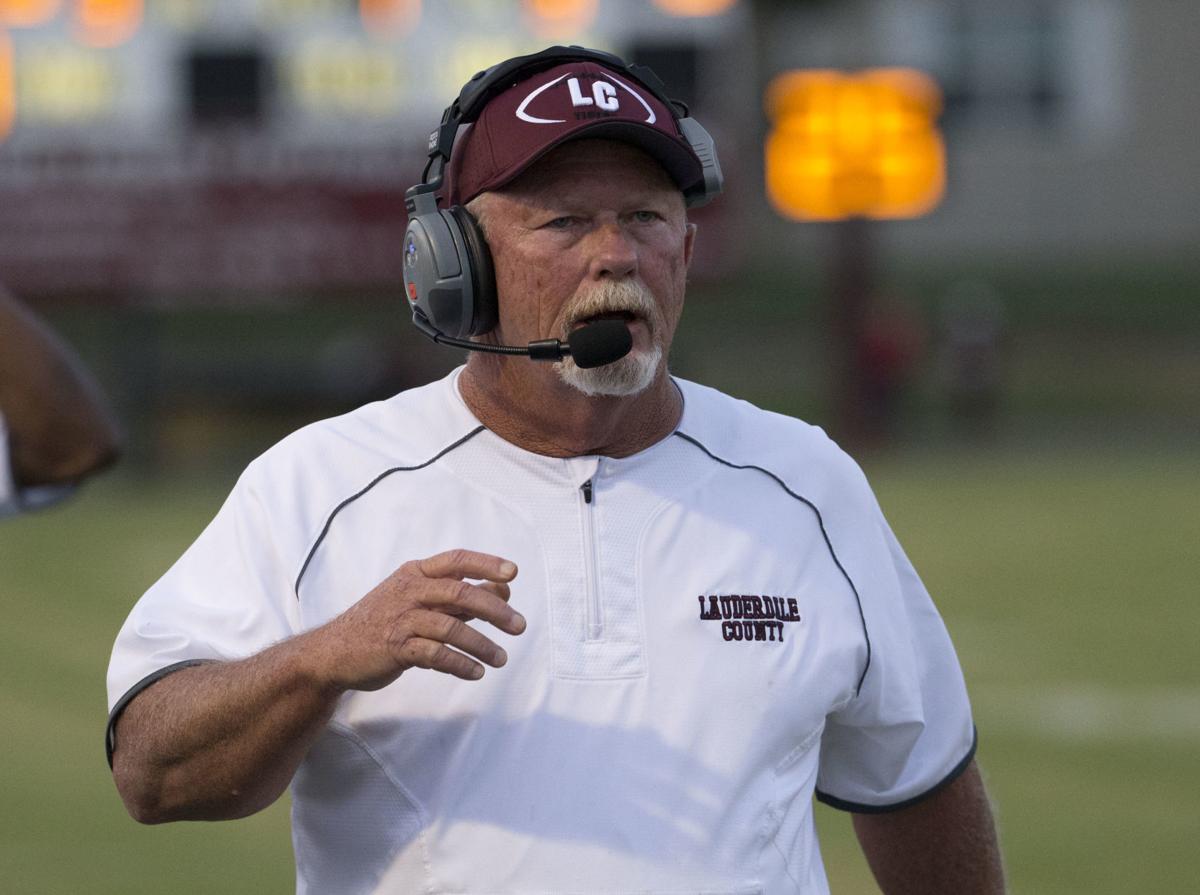 Lauderdale County football coach Jeff Mason was glad to hear the state plans to have high school sports this fall. He said "we're not going to worry ourselves to death" over the coronavirus but "we're going to use common sense." [MATT MCKEAN/TIMESDAILY]

Central volleyball coach Drew Murphy is glad Alabama plans to have high school sports this fall but knows holding a season will be more complicated than in the past. "I know it's going to be a challenging year," he said.  [MATT MCKEAN/TIMESDAILY]

Lauderdale County football coach Jeff Mason was glad to hear the state plans to have high school sports this fall. He said "we're not going to worry ourselves to death" over the coronavirus but "we're going to use common sense." [MATT MCKEAN/TIMESDAILY]

Drew Murphy still can’t answer all the questions his Central volleyball players have.

But while those answers still aren’t clear, this much is: The plan is for high school athletics to return in Alabama this fall.

Eric Mackey, the state superintendent of education, announced that at a news conference Friday morning.

Though nothing is guaranteed amid a coronavirus pandemic, the announcement was welcome news for players, coaches and fans of football, volleyball and cross country teams throughout the state.

Lauderdale County football coach Jeff Mason sent a text to several of his players Friday after he found out.

“I don’t guess I was surprised. I was glad,” Mason said. “ … Football season is on so we can stop worrying about that.”

Mackey said further guidelines meant to keep everyone healthy during the competition season will be announced later.

Mason said his staff has held off ordering equipment and making other decisions about everyday operations not knowing the status of the season. Now, they can take a step forward.

Alabama high school teams were cleared to begin group workouts June 1. Mason said his players seem to be just as engaged in practice as they would otherwise.

“Maybe even harder than usual because I think they were just glad to get back and get back to work and have something to be working toward,” he said.

Murphy hopes the AHSAA will be in a position next month to ease some practice restrictions that currently make many aspects of volleyball difficult or impossible to practice.

In the spring, after schools closed, Murphy sent the Wildcats workouts to do and showed techniques they could practice with a ball and a wall or even without a ball.

“It’s made things a lot different and we addressed that on the first day (of workouts),” he said. “Just make the best of a bad situation.”

Murphy expects some new practices — like taking players’ temperatures before practice — will stay in place for the foreseeable future.

“That’s good,” he said. "I think we should be doing those types of things.”

But for all sports, questions remain. Will fans be allowed to attend games? How many?

Mackey did not say for sure in the press conference but suggested fans might be spread apart.

“Can you social distance and physical distance the crowd? Yes. There are ways you can do that,” he said. “We saw that at graduations, where families sat together but they were six feet away from the next family. All across the state we saw that, so there are ways we can make our gyms and stadiums safer for competition.”

Murphy also wonders whether tri-matches and quad-matches — staples of the regular season in volleyball — will take place, and he wonders whether teams will be asked to limit travel within state lines.

It’s not practical to wear masks during competition, he pointed out, but what will the rules be for players in various sports on the bench? Normally they sit or stand close together. Will volleyball players offer high-fives after a point?

“You kind of wonder what that’s going to look like,” Murphy said. “I’m happy we’re hopefully at least going to try (to have a season).”

Meanwhile, his players are impatient for the fun part of actually playing volleyball — even in a practice setting. Some wonder why they have to make so many changes when the coronavirus seems to have a more severe effect on older people.

“It’s hard for some of them to understand it to the extent maybe adults would,” he said, noting he asks them to think about their older family members.

Though Friday’s announcement was a welcome one, it will be a while before we learn what the upcoming season in various sports looks like.

Murphy said if teams have to keep a bunch of volleyballs handy and clean for frequent substitutions into games, they’ll do what they need to do.

“I know it’s going to be a challenging year,” he said. “Obviously the health of all our students and faculty and staff that work at our schools is the most important thing.”