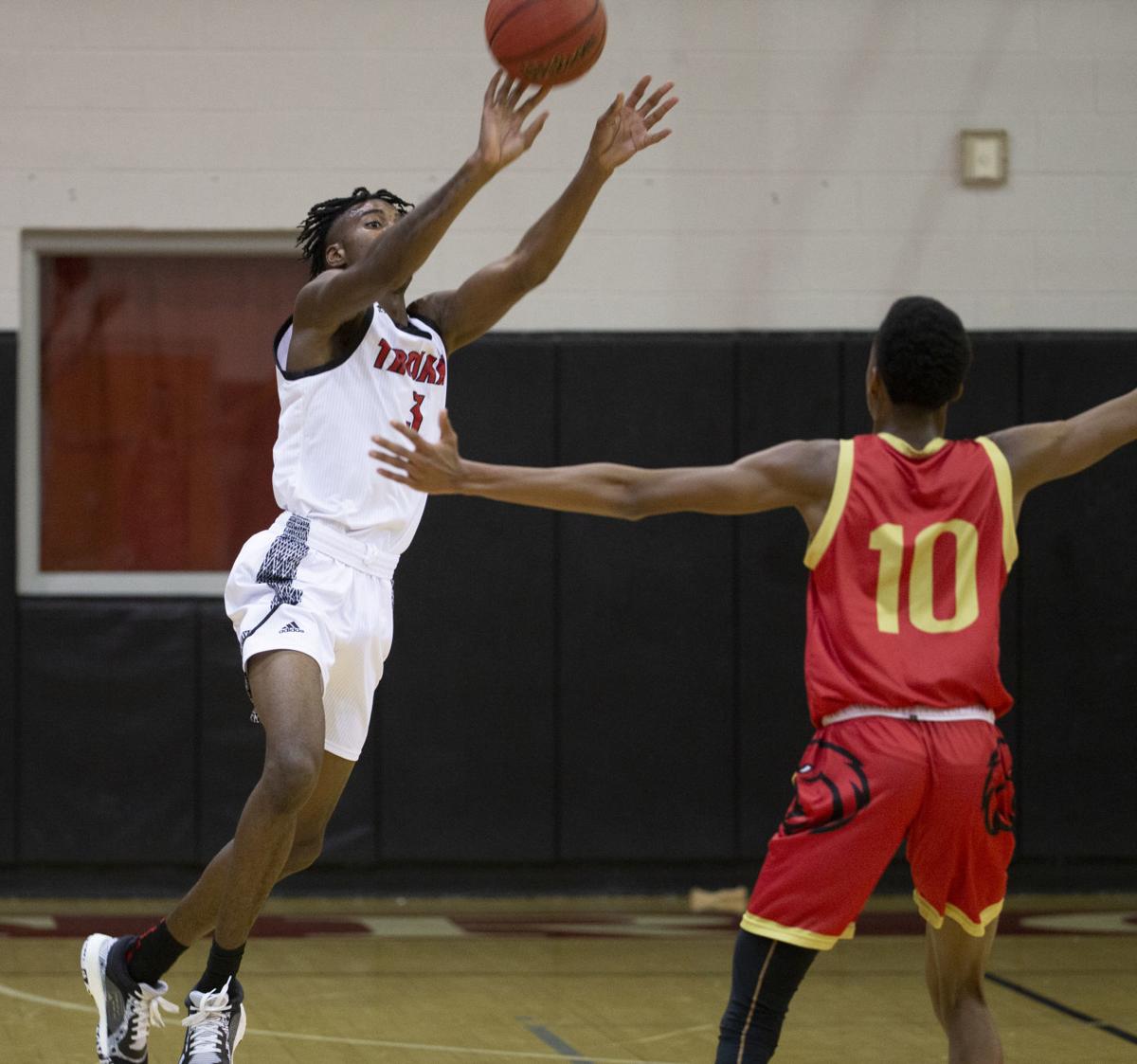 Muscle Shoals' Mikey McIntosh scored 29 points for the Trojans in a 78-68 win over Columbia on Tuesday. [MATT MCKEAN/TIMESDAILY] 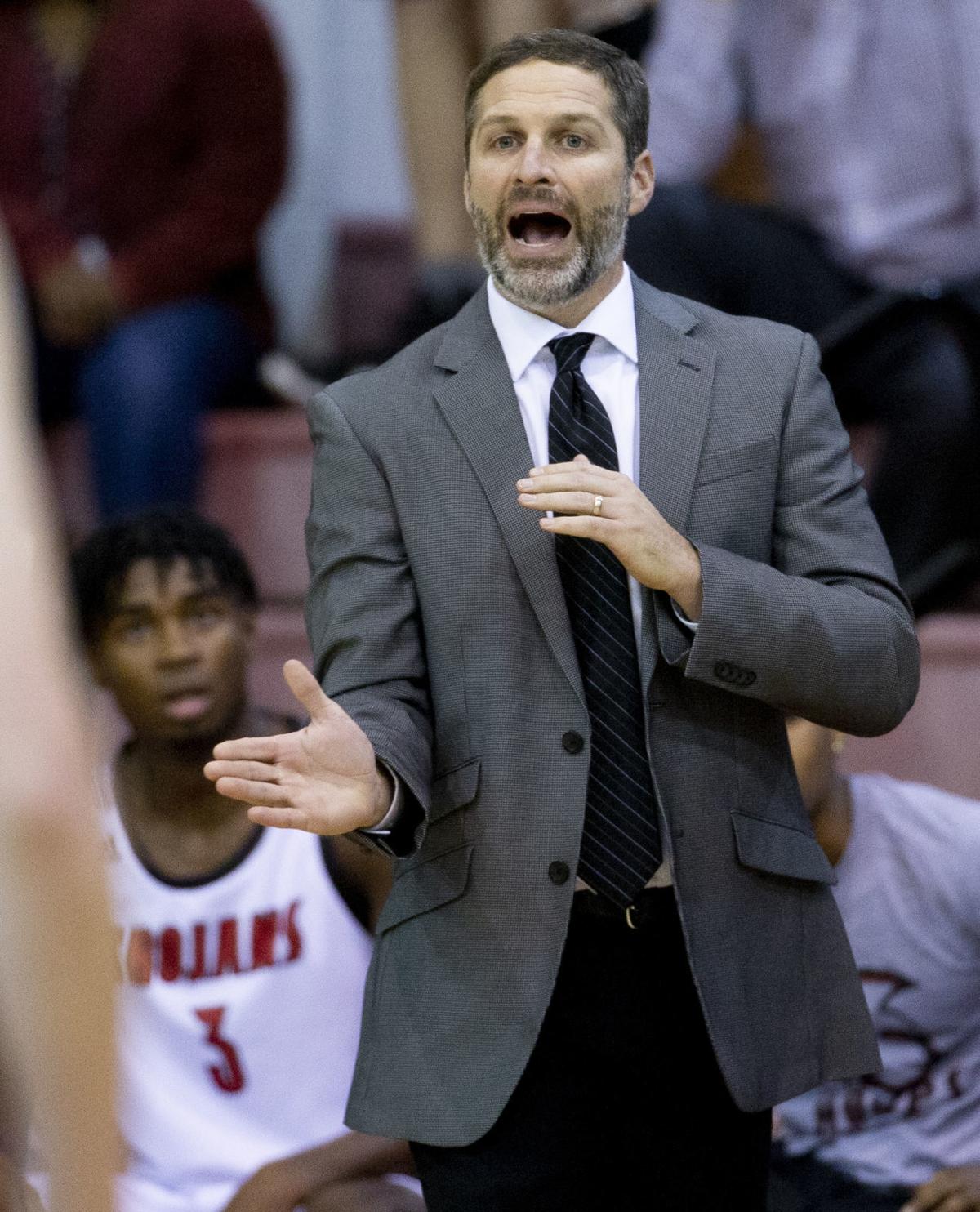 Muscle Shoals' Mikey McIntosh scored 29 points for the Trojans in a 78-68 win over Columbia on Tuesday. [MATT MCKEAN/TIMESDAILY]

MUSCLE SHOALS — Muscle Shoals’ Mikey McIntosh got loose in the back court with 30 seconds remaining in the game and threw down a dunk.

Not only was it the game’s only slam, but it capped off a 78-68 key area win for the Trojans (12-6, 2-1) over Columbia, which beat Muscle Shoals previously on Jan. 7. It was also head coach Neal Barker’s 200th win with the program.

On the other hand, it served as a finishing touch on a big night for McIntosh, who finished with 29 points.

“Columbia is a good team and they’ve been playing good as of late,” Trojans head coach Neal Barker said. “That’s a good win for us.

From the start, Columbia pushed the tempo and Muscle Shoals was forced to keep pace, resulting in a 21-all tie at the end of the first quarter. Barker said his team is capable of playing fast, but he prefers a bit of a slower pace.

The tempo continued in the second quarter but the Trojans were aided by a layup from Ty Smith right before the buzzer sounded to put Muscle Shoals ahead 37-35.

To open the second half, Muscle Shoals went on a 8-0 run. While the Eagles pulled within three 2:05 remaining in the third quarter, it was the closest it got as Muscle Shoals increased its lead.

The Trojans, led by McIntosh and Nick Griffith, clamped down defensively and limited transition baskets. Columbia’s Ja’Mari Arnold, who scored 13 points in the first half, was held to only three in the second.

“It was just being locked in,” McIntosh said of the Trojans’ defense in the second half. “That comes a part of already playing them so we already kind of knew what they were trying to get to. We just had to lock in on the players we know we needed to stop.”

Offensively, McIntosh admitted he wasn’t thinking about his own performance, rather than doing whatever needed to help his team win.

He was glad to get the dunk at the end, though.

“It felt good, I knew it was coming, I was anticipating it, I knew it,” McIntosh said.

Outside of McIntosh, the Trojans had three other players score in double figures. Jason Graham scored 13, Ty Smith had 11 and Griffith added 14.

“That’s what I thought we would get all year long,” Barker said. “That balanced attack is what makes us hard to guard. (And) of course Mikey (McIntosh) is so quick and athletic, he’s tough to deal with for most people.”

The Trojans were missing another key player in guard Jamal Acklin, who was out with an undisclosed injury. Barker said he has a doctor’s appointment this week, but at the time he doesn’t know the extent of it.

Despite playing local rival Florence Saturday, Barker’s focus is on the next game against Austin on Friday. Nevertheless, the win was important on many levels with the Trojans’ goals still ahead of them.

Fallon Halley added 10 points. The Trojans led 39-9 at the half.