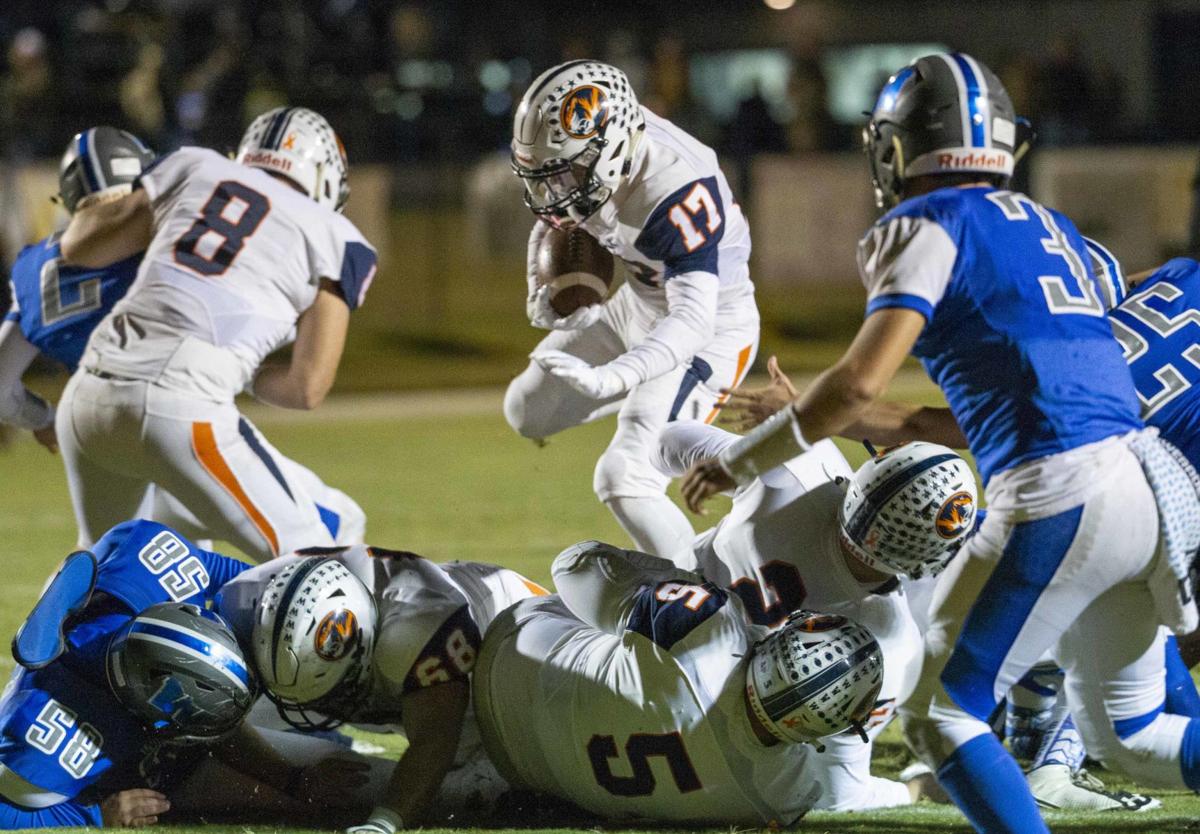 Red Bay's Colyn Humphres tries to jump over the pile near the goal line earlier this season. Humphres acknowledged Fyffe's success but said the Tigers will not play scared. [MATT MCKEAN/TIMESDAILY] 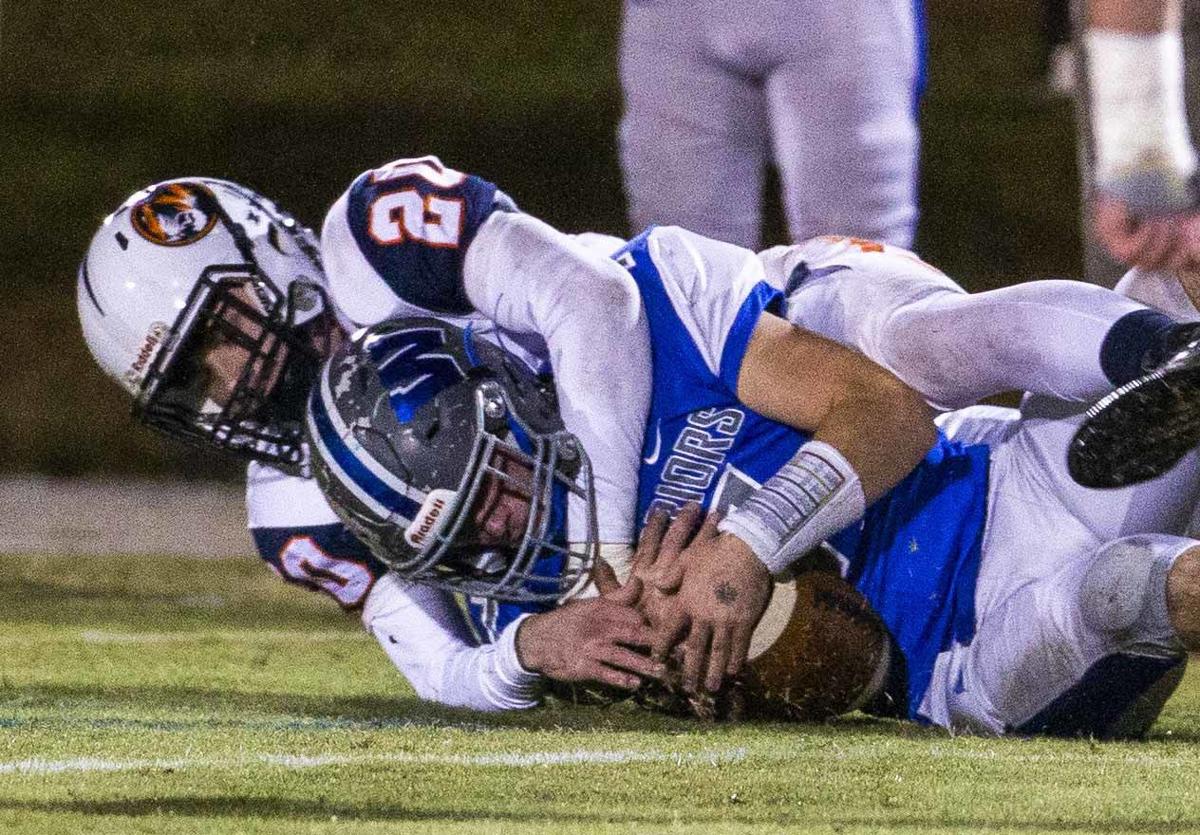 Red Bay's Colyn Humphres tries to jump over the pile near the goal line earlier this season. Humphres acknowledged Fyffe's success but said the Tigers will not play scared. [MATT MCKEAN/TIMESDAILY]

The opponent has lost three times in the last six seasons. The opponent also has three state championships in that span.

The opponent has not lost a home game in more than four years and this year has the widest average scoring margin of any high school football team in Alabama.

There is no denying the quality of the football program at Fyffe (12-0), which Red Bay will visit Friday for a Class 2A quarterfinal playoff game and must beat to preserve its season.

But the Tigers (12-0) know there is no reason for them to play with fear, either.

“A lot of teams get really uptight and they make a lot of mistakes, especially when they’re playing at Fyffe,” Red Bay coach Michael Jackson said. “That’s been happening a lot over the years.”

Fyffe has won its last 38 home games, meaning the seniors on this year’s Fyffe team had just started eighth grade the last time the Red Devils lost a home game.

“Fyffe has a big name to them,” senior running back/wide receiver Colyn Humphres said. “We think that some people go over there scared. We’re not going to do that.”

Senior center Dylan Hester was an eighth-grade team manager for Red Bay’s last meeting against Fyffe, a 14-7 loss in the 2015 playoffs.

He said before this season a few players casually chatted one day about the possibility of playing Fyffe but they did not assume Red Bay would be 12-0.

“This is like a once in a lifetime thing,” Hester said.

The Red Devils have won their last 27 games. Jackson said one quality that stands out about Fyffe is consistency, and that’s no surprise given Paul Benefield has been head coach there for 23 years.

Jackson described Fyffe’s offense as “a version of a shotgun Wing-T” in which sophomore quarterback Zach Pyron and junior running back Ike Rowell account for most of the yardage with running plays.

And though Fyffe has not been challenged yet in the playoffs, handling Sheffield 48-0 and Ranburne 38-7, Red Bay is 12-0 for several reasons and one of them is a defense allowing 10 points per game.

That’s second-best in the state behind, you guessed it, Fyffe.

Fyffe’s defense might be even more impressive than its offense. The Red Devils have allowed 30 points this year – that’s 2.5 per game – and shut out eight opponents.

“They play extremely sound. They played extremely physical – that is their forte,” Jackson said. “They attack the offense.”

But there are reasons to suspect Red Bay can offer Fyffe some new challenges. Red Bay, after all, has won 23 of its last 26 games.

The Tigers have a dual-threat quarterback in Jalen Vinson, a standout receiver in Arden Hamilton and plenty of other productive players.

Red Bay also enters this game off what Jackson said was the team's most complete win of the season, a 43-6 thumping of a nine-win Sulligent team.

Humphres said the Tigers are excited to play a team with Fyffe’s reputation and “hoping for an upset.”

Said Hester: “We are not intimidated at all by them.”

Red Bay has had a good season regardless of what happens Friday, but the Tigers know they’ll take the field at Fyffe with a chance to do something historic.

“Oh man, it’s going to be so exciting. I can’t wait,” Hester said. “It makes me get chill bumps talking about it right now. actually.”

How would you rate your eating habits pertaining to healthy foods?