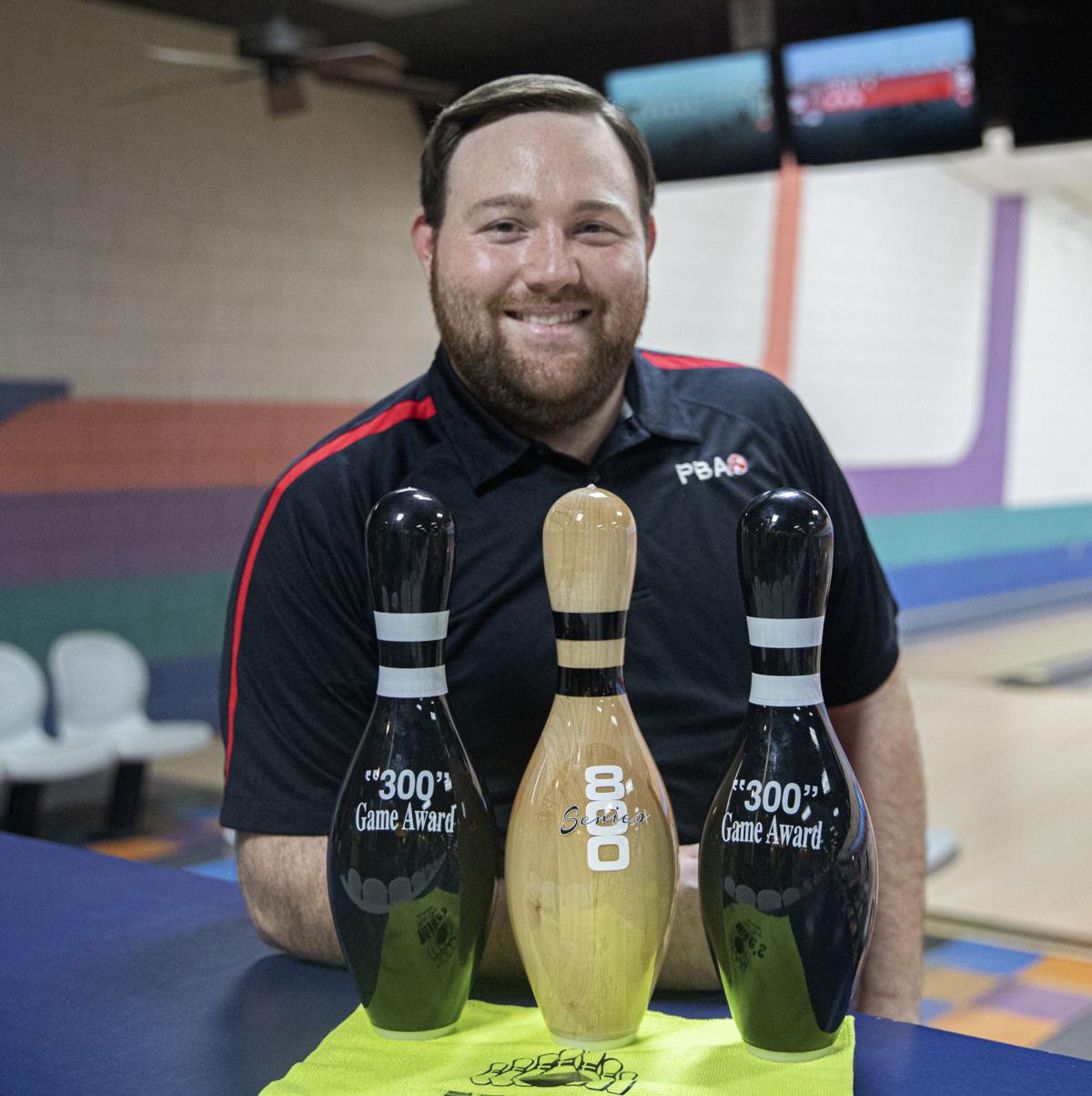 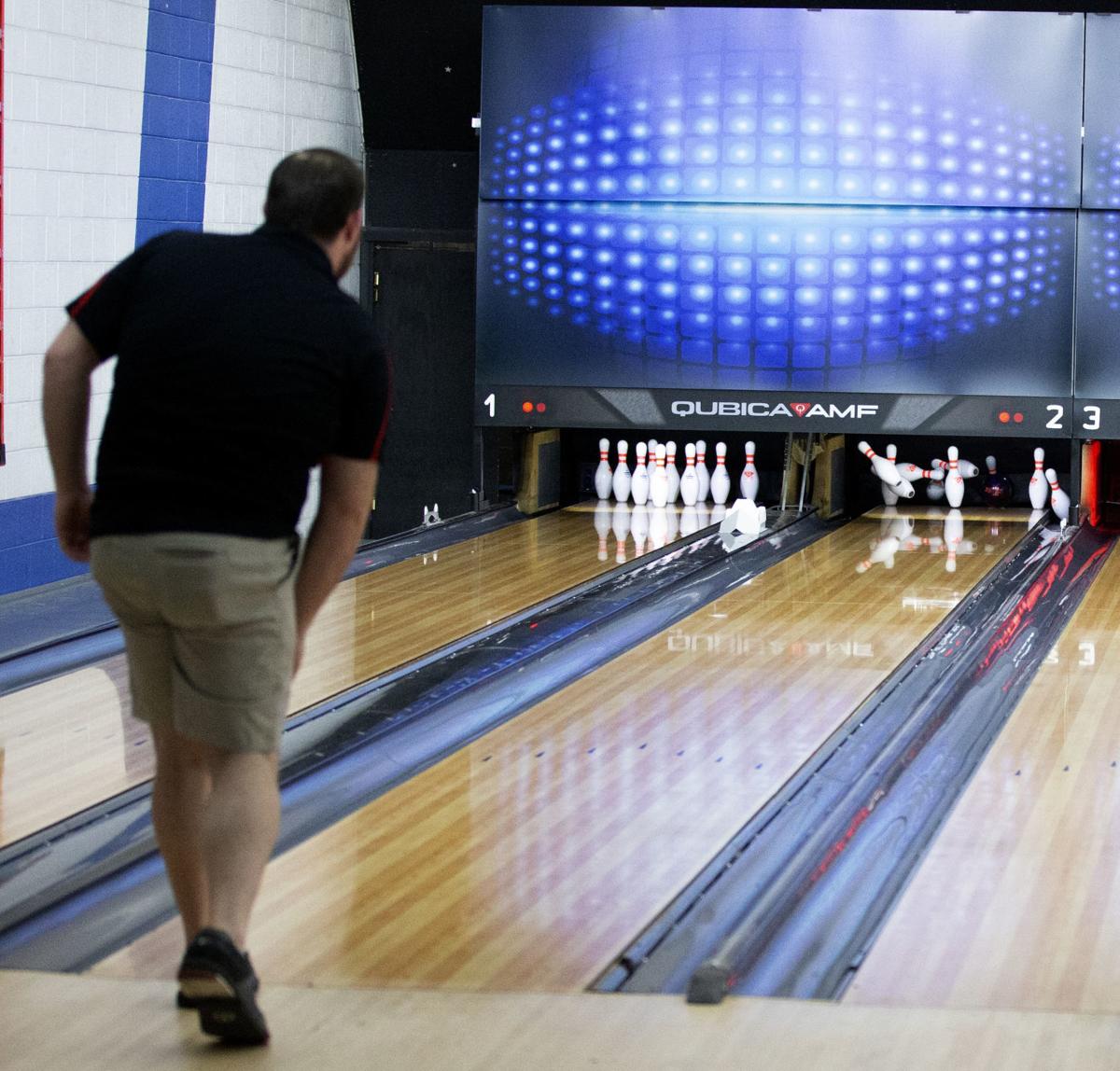 Even though he carries a 220 average at Lauderdale Lanes, Michael Robbins is not immune to making a bad shot every now and again.

Yes, even perhaps the area’s top bowler who is a card-carrying Professional Bowling Association member can succumb to pressure and to throw a gutter ball.

“The last time I did that was about three weeks ago,” said Robbins, a 25-year-old from Lexington.

Robbins was four strikes away from a perfect game – 300 – when it happened.

“I felt like if I could just make it to the 10th frame,” he said sitting in a chair on lane No. 2 at the local bowling alley. “I didn’t make it. I threw the ninth ball in the gutter after eight straight strikes. I came back and struck out and ended up shooting 260-something. It’s one of those things where a little bit of concentration costs you.”

Robbins came back with a vengeance on Feb. 8. Bowling in the city championship tournament, Robbins threw the third sanctioned 300 game of his career on the way to an 800 series. Later that afternoon bowling in the doubles division with his father, Robbins repeated the feat with another 300 game.

Robbins estimate he has thrown between 12 and 15 300-games since he began bowling, with four now in sanctioned league and tournament events. He said he had four games of 299 before he finally broke through.

“I got in a groove and found where the ball was finishing consistently. It has more to do with the guys you are bowling with keeping your mind off of it,” he said. “You get to eight or nine in a row and you start thinking about what you are going to do with your next shot. You get to 10 and the last two are gonna be the toughest two. It’s one of those things – pretty much 50 percent luck and 50 percent physicality. To bowl two 300s and 800 series in a day is more mentally draining than physically.”

Robbins has had his PBA card for a year, and in that time he cashed a check in his first regional event as a pro in Valdosta, Georgia, and also just missed qualifying for a main PBA Tour event in Jonesboro, Arkansas.

Robbins, who works for his father, Lynn, as a cabinet maker, said he didn’t know what he was getting himself into in the Valdosta event. He made the cut, bowled two more rounds and finished 16th out of 58. He cashed a $500 check, which was good for a $320 profit after paying a $180 entry fee.

“For it to be my first tournament and actually cash a check, it was kind of like, ‘Hey you can do this,’” he said. “It was a lot of fun going down there and competing against top-tier bowlers and realizing that this guy from a small town in Alabama can make it on the big stage.”

Robbins was introduced to bowling at an early age by his father and mother, who are both proficient bowlers. He said his dad carries a 190-average and his mother, Ruby, is around 188. He quit the sport during his youth while he played youth league baseball, but came back to it about the time he was a senior in high school.

Lauderdale Lanes quickly turned into his home away from home. As he improved, Robbins challenged his father.

The younger Robbins has continued to improve. Now, his constant companion at the bowling alley is girlfriend Sara Grace Elam.

“We’ve known each other since about the seventh grade and we have been dating for about a year,” she said. “I love being here, supporting him. He’s definitely gotten better since we’ve been dating, but I don’t take any credit for that.”

Robbins is quick to dispel any myths that bowlers aren’t athletes, pointing out that most professional bowlers are in the gym working out when they aren’t working out. He pointed to the tournament in Jonesboro as an example of the grind.

“I bowled 10 games that Monday (trying to qualify) and they had another 14 games on Wednesday, and they cut to the top 16 and they had another 24 games,” he said. “To bowl that many games, you kind have to be in better shape. Most guys on tour are throwing from 14- to 16-pound bowling balls. They are throwing them anywhere between 30 to 40 games a week. They are putting in 50-60 games a week when you consider practice. It gets tiring pretty quickly.”

Given the career longevity bowling offers, Robbins has no time frame for becoming a fixture on the PBA Tour.

“Norm Duke won two titles back-to-back last year and he is 55,” Robbins said. “As long as I can get out here and shoot scores, I’m going to be chasing the PBA Tour.”

Have your encounters with law enforcement been positive or negative?