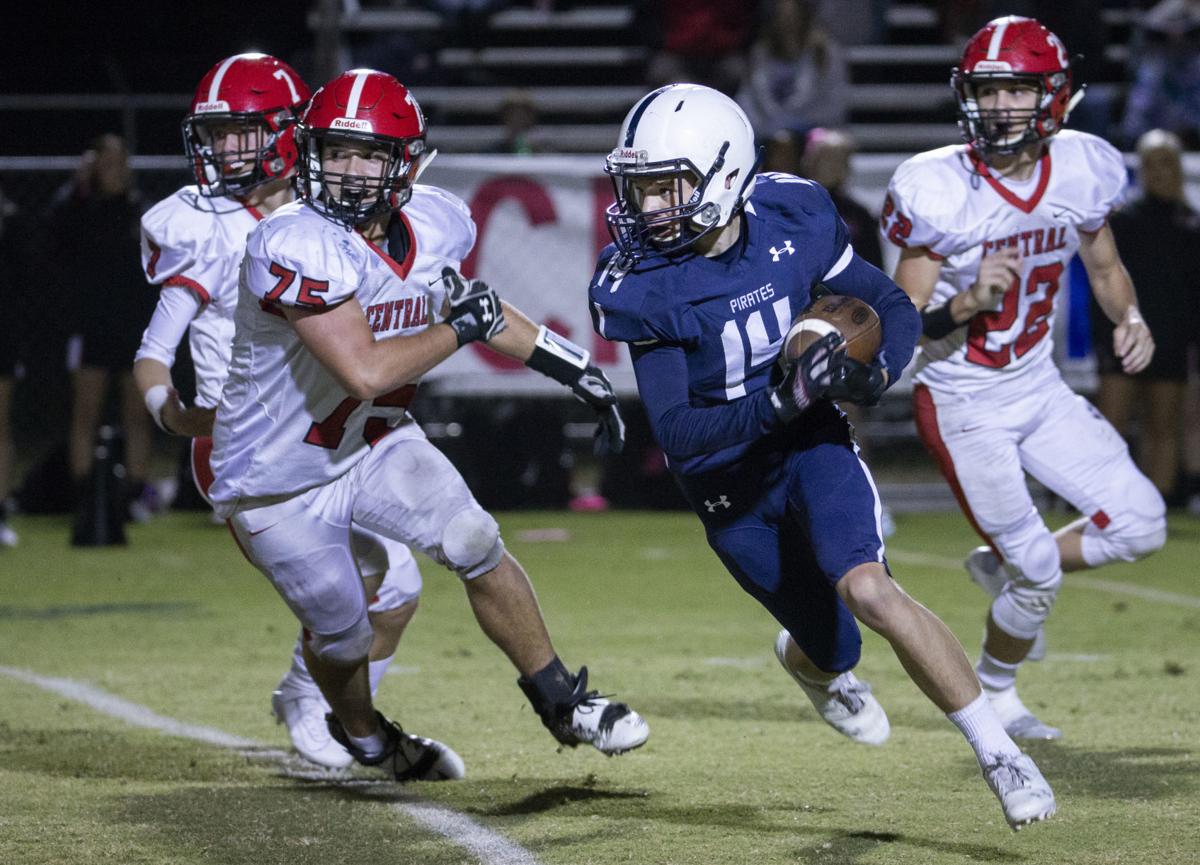 Rogers' Tyrus Ward runs with the ball during a game against Central last fall. Rogers and Central were two of the teams present Monday at the TimesDaily's football media days session. [MATT MCKEAN/TIMESDAILY] 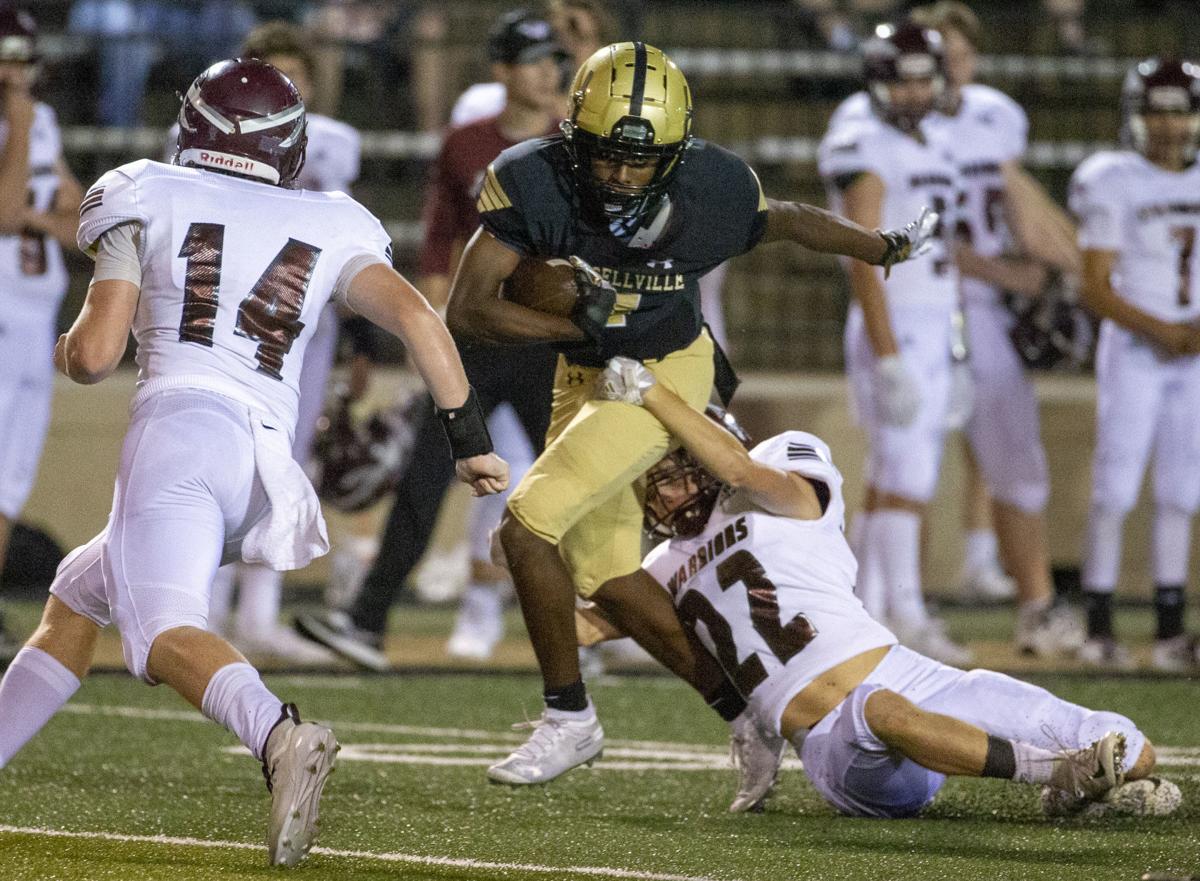 Rogers' Tyrus Ward runs with the ball during a game against Central last fall. Rogers and Central were two of the teams present Monday at the TimesDaily's football media days session. [MATT MCKEAN/TIMESDAILY]

But this year one giant uncertainty looms largest for every team in the Shoals and, for that matter, every high school football team in Alabama, Tennessee and the entire United States.

In all, 15 teams from throughout the Shoals visited Braly Stadium on Monday to discuss the upcoming season and 12 more are scheduled to be there today.

Players primarily talked about the preparation, blocking, tackling and leadership for which they are responsible, but they also acknowledged a coronavirus pandemic that’s out of their control.

Phil Campbell senior Austen Baker said even having the chance to play is reason to give full effort in the summer.

Eric Mackey, Alabama’s superintendent of education, announced at a press conference Friday the state intends to have extracurricular activities, including sports, this fall.

Sheffield coach David Hufstedler is pleased with how well his team has worked since returning to workouts June 1. When asked what’s motivated him the most during summer workouts, wide receiver Devin Doss had a quick answer.

Certain milestones of the offseason like spring games and 7-on-7 workouts haven’t happened. Teams are also supposed to break into smaller groups for practice.

“It’s been different not having a spring game, getting a feel for the field and how we’re going to play our positions,” Cherokee sophomore Noah VanWinkle said. “I guess workouts have been different with having to wear a mask around and not being able to do as much. Not being on the field at the same time, it’s been challenging.”

Though all teams have similar challenges as long as they’re following guidelines, new rules have forced coaches used to a routine to make changes and tweaks to their weekly and yearly routines.

July will be especially important for these teams as coaches evaluate which players fit best in various spots.

“We have a depth chart, but until you get out for the fall, you don't know. With the rule change, you can either choose to do a spring or have that extra week,” Rogers coach Jerry Fulks said. “I think it depends on the kind of team you have. If you don't know who you're going to put in certain spots, I think spring is good. A year ago, we used the spring to find out what young guy is mentally tough enough and big enough to make it through a varsity football season. We were able to spot some guys.”

Tennessee teams are in a dead period this week but will resume workouts next week.

“And if it gets pushed back some, we’re just going to keep that same energy that we had and just keep working just to be ready for whenever that may be.”

Colbert County coach Brett Mask said he’s confident a season will take place but knows there is no guarantee.

“It’s a bad situation for everybody. It changes every day. We could hear something next week and it could be totally different,” Mask said. “One of the biggest things we want to teach our kids is how to deal with life.”