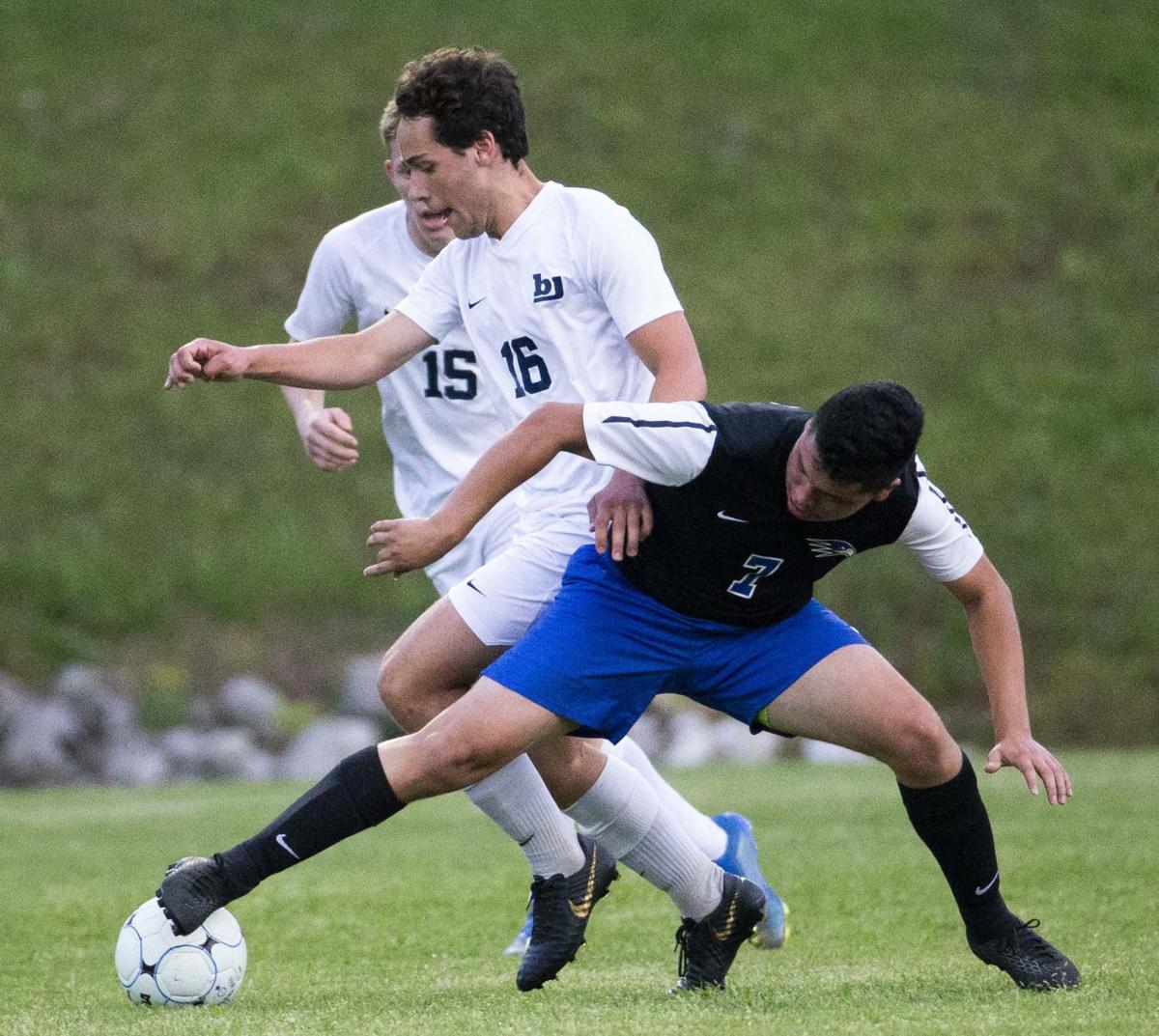 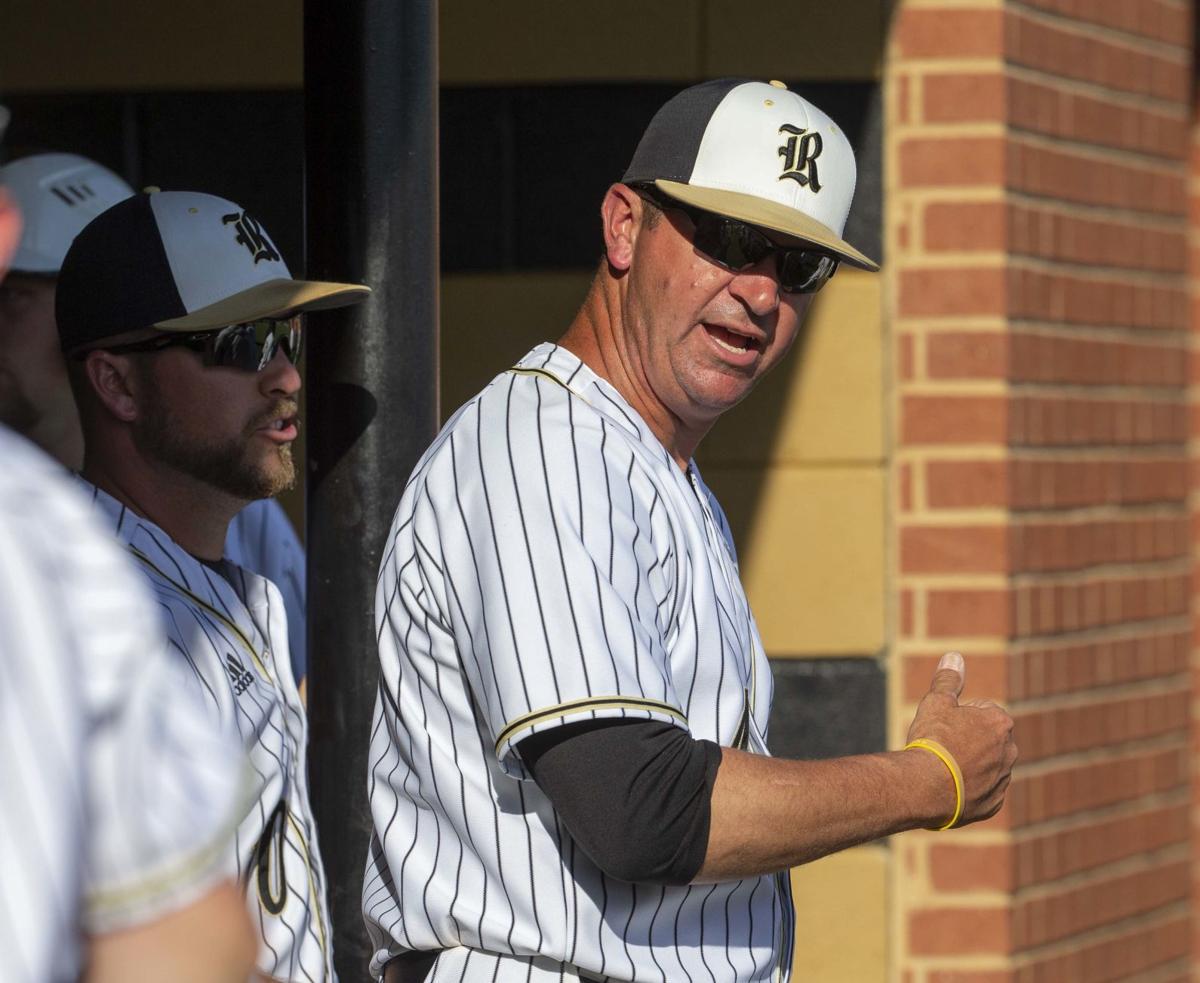 Russellville's Chris Heaps talks with his players in the dugout during a playoff series last year. High school sports in Alabama were canceled through the rest of the semester Thursday due to the coronavirus pandemic. [MATT MCKEAN/TIMESDAILY] 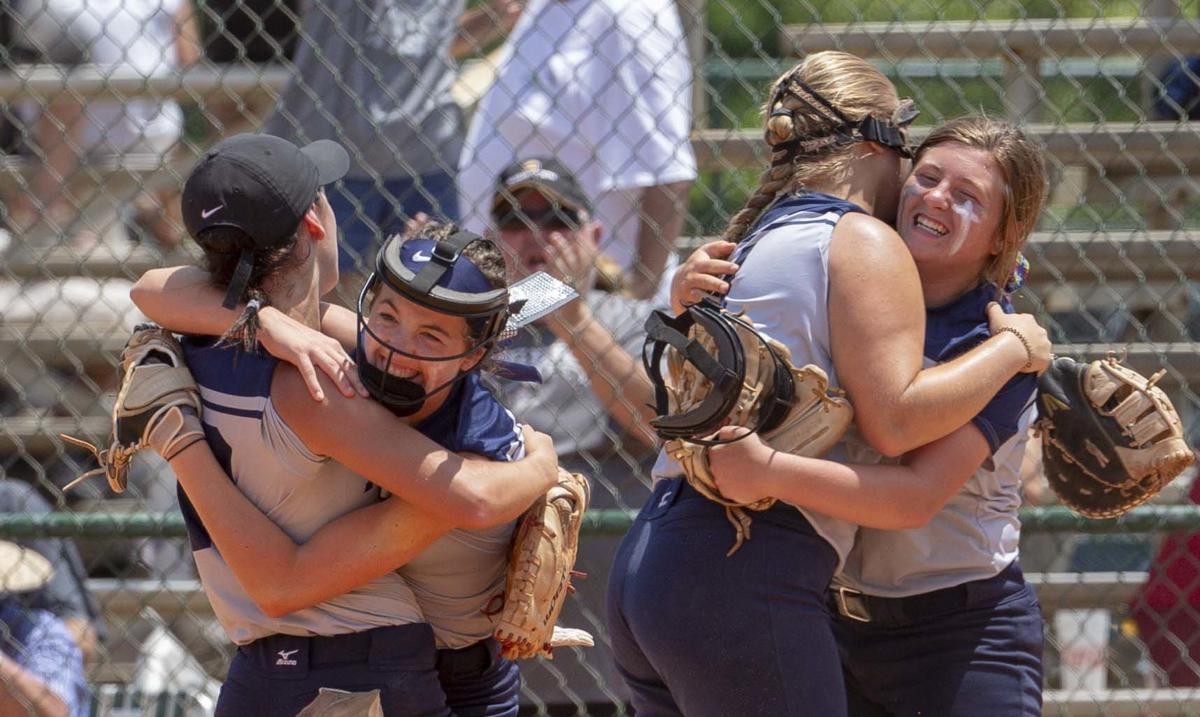 Rogers softball players celebrate a win over North Jackson in the Class 4A state tournament last spring in Montgomery. The Pirates were hoping to build off last year's runner-up finish this spring. [MATT MCKEAN/TIMESDAILY]

Russellville's Chris Heaps talks with his players in the dugout during a playoff series last year. High school sports in Alabama were canceled through the rest of the semester Thursday due to the coronavirus pandemic. [MATT MCKEAN/TIMESDAILY]

Rogers softball players celebrate a win over North Jackson in the Class 4A state tournament last spring in Montgomery. The Pirates were hoping to build off last year's runner-up finish this spring. [MATT MCKEAN/TIMESDAILY]

Russellville baseball coach Chris Heaps was mowing the field Thursday, just to have it ready to go in case practices and games could resume this spring.

Then a couple people came by the field. Someone said to Heaps ‘Man, it’s depressing,’ and Heaps realized the field won’t get used for a while.

The 2019-20 high school sports season is officially over due to the coronavirus pandemic.

Dr. Eric Mackey, the state’s superintendent of education, made that announcement Thursday afternoon at a press conference in which Gov. Kay Ivey announced the state’s public schools won’t open again this semester.

For players, coaches and other people affiliated with high school sports, what would have been an inconceivable thought as recently as three weeks ago is now a heartbreaking reality.

Ron Ingram, assistant communications director of the AHSAA, said the AHSAA would release a statement this morning.

“This is a life or death situation,” Heaps said. “Baseball is baseball. It’s not life. It’s not death. It’s a game.”

Heaps, who has coached for 24 years, said he loves and misses baseball. The Golden Tigers are a state powerhouse at the Class 5A level, winning three consecutive state championships in the past decade.

But Heaps found out Thursday one of his players knew someone in Texas who died from the coronavirus, and he’s aware of the mounting cases throughout the nation and world.

“It’s a real deal, and we need to pay attention to what’s going on around us,” he said. “We’ve got to put things in proper perspective.”

‘I wasn’t really ready for that’

Ingram said a spring sports contingency committee had set three goals in that time – to 1) start play as soon as possible, 2) use sports as a way of returning to normalcy and 3) prioritize getting games in over holding championships.

And while high school sports in Alabama can help represent a return to normalcy eventually, Thursday’s announcement confirmed it won’t be this spring.

Ingram, who covered prep sports for the Birmingham News for many years, is passionate about how kids can benefit from playing high school sports and was upset to see the rest of the spring season called off.

“Honestly, it’s almost too soon for me to evaluate,” he said, when asked about his emotions. “I’m the same as you are and everybody else.”

Brooks senior track and field athlete Jordon Tidwell has won a state championship in discus the last two seasons and was training to win a third this season.

Tidwell said she found out the news just two hours after practicing with a teammate at his house, seeing as they aren’t allowed on campus.

“I guess I was a bit in disbelief,” Tidwell said. “My mindset when school first got cancelled was ‘Don’t think that it's over until you really know.’ (Thursday's announcement) was really just a shock. I wasn't really ready for that and I’m still kind of in disbelief.”

Tidwell, along with the rest of her track and field team, had her eyes set on bringing home a lot of hardware for the Lions’ program. Olivia Whitehead, a fellow senior, won state in shot put and was seeking another title.

“My heart breaks for them,” Brooks track and field coach Brad Black said. “I wouldn’t know what to say to them if they were standing in front of me because I know what these kids have put in.”

Black trusts the decision in order to protect the safety of the students.

Like he has with his football team, Black passes along advice to his students to, first and foremost, stay healthy, but also to work out and stay in shape for when it’s finally time to compete again.

Tidwell hopes the AHSAA could allow for athletics to take place in the summer. In the meantime, she says she’ll focus on reaching out to her teammates to comfort them.

“I know that my teammates have put in a lot of work and it's really devastating,” Tidwell said. “Just to know that we’ve put a lot of time into this and we would hate to see it ripped away.”

Black said his football team just finished working on hitting their max weight goals in the weight room and he’s encouraging his players to take care of themselves and do what they need to do when the time comes to start training together again.

With football, however, the issue is uncertainty.

“Fingers crossed we get to start back in June,” Black said. “We’ve got to be prepared to start back in June, July or even start in August. We don't really know. We’re kind of sitting in limbo waiting and hoping our kids are mature enough to do what they need to do, and I think a lot of ours are.”

‘We don’t get that chance’

Florence boys soccer coach Glenn Harscheid had a core group of 12 seniors on a team that was currently 5-2-1 on the season.

Harscheid had worked with many of them since they were in the third grade, so the news of a season cut short hit his program hard on a variety of levels.

“Tremendously disappointed for our seniors,” Harscheid said. “It’s especially hurtful, because you really wanted to see how things worked out.”

Florence reached the 7A state semifinals last spring before falling in a double-overtime match to eventual state champion Hoover. The Falcons wanted to finish what they started and send their seniors out as champions.

“Unfortunately, we don’t get that chance,” Harscheid said. “Because we’ve got some special kids.”

Harscheid said what he’s found through coaching is there often are a lot of life lessons. He preaches to his players that life isn’t fair. Now, they’re having to live with that reality as a group.

It’s not to say Harscheid doesn’t respect the decision made, especially given what he calls a “surreal” time in the world.

He applauded the AHSAA for not initially pulling the plug, waiting to gather more information. Nonetheless, Thursday’s announcement by the state superintendent presented the team a tough reality.

The returning players will continue to work out on their own so they can be ready next spring, but for the seniors, it's a disappointing way to end a prep career.

“The really painful piece of it is … you want to have the opportunity to throw everything you have at (somebody),” Harscheid said. “That’s what’s especially frustrating.”

Last May, Rogers softball coach Haley Stutts was watching the Pirates earn a runner-up finish in the Class 4A state softball tournament.

It’ll be nearly another year before they play softball again. Early Thursday evening, she said she was getting ready to send either a video or written message to her players.

“I was just kind of devastated,” she said. “It’s not fair to the kids.”

Stutts said she hoped such a decision could wait a little longer but acknowledged it’s a tough call for the people who have to decide.

“I do think they made the right decision,” she said. “I’m more concerned with keeping my kids and my family safe.”

Rogers has one senior – Lexie Moreland – who will not be able to play again for the Pirates. Stutts said Moreland had a key role on the team and “she’s had such a positive attitude.” Stutts said eventually the team will get together again and recognize her.

Russellville baseball has three seniors – Will Rogers, Cam Bonn and Jacob Bishop. Like several other local teams, Russellville had a joint senior day ceremony earlier this month in case the season didn’t resume.

Players who aren’t seniors will at least get to play again, but not for a while.

“I think it’ll mean a lot because you can’t take those moments for granted,” Stutts said. “You never know when it’s going to be your last opportunity to do something.”

Said Heaps: “I think they’re probably going to give more to it than they ever have just because they know how quickly it can go away.”

Every high school athlete in Alabama who plays a spring sport experienced that heartbreak Thursday.