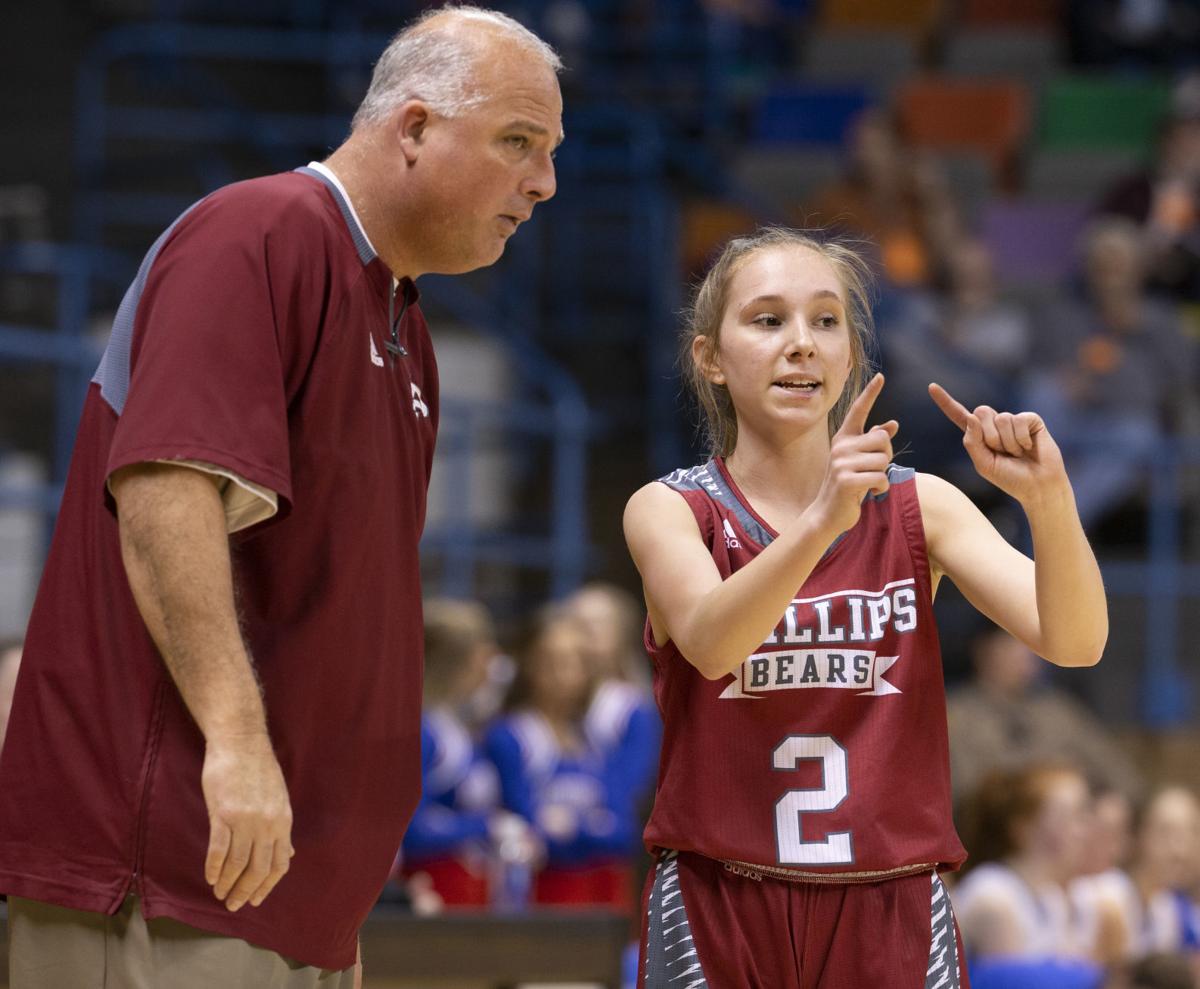 Phillips coach Scott Veal coached guard Gracie Hallman and the Phillips girls basketball team to a state runner-up finish in 2018 and state championship in 2019. Veal is leaving Phillips to be the new girls basketball coach at Marion County. [MATT MCKEAN/TIMESDAILY] 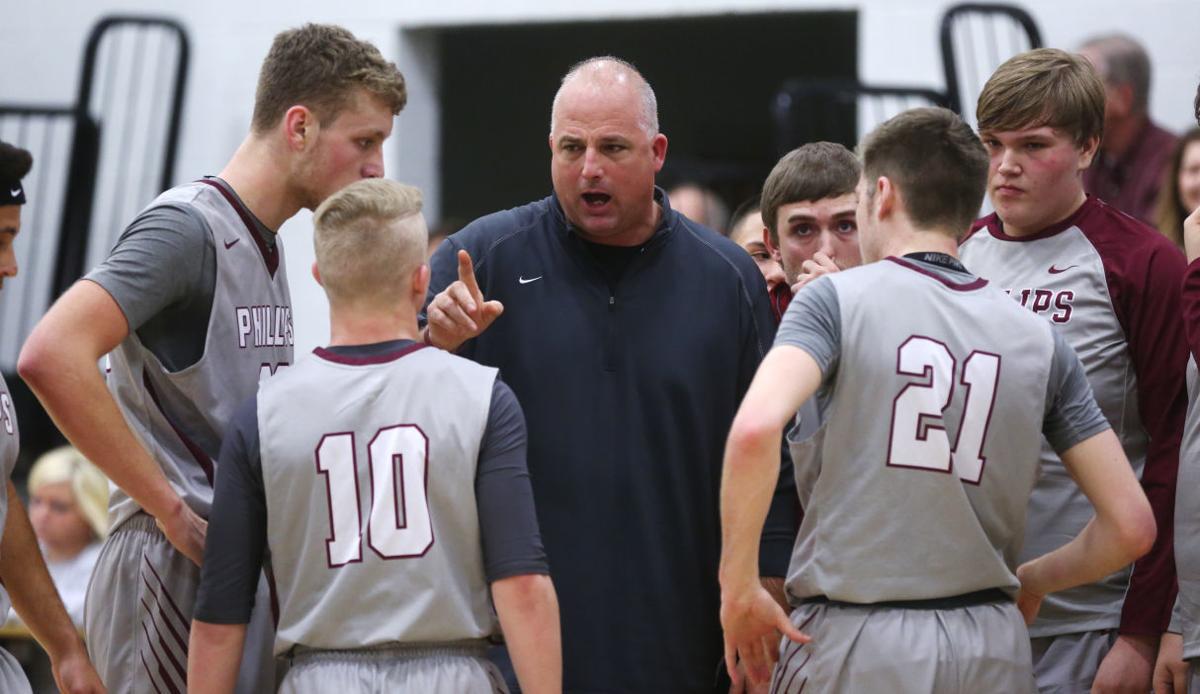 Phillips coach Scott Veal coached guard Gracie Hallman and the Phillips girls basketball team to a state runner-up finish in 2018 and state championship in 2019. Veal is leaving Phillips to be the new girls basketball coach at Marion County. [MATT MCKEAN/TIMESDAILY]

Phillips has been represented four times over the last 15 years in the high school state basketball tournament, with Scott Veal leading the boys and girls teams to Birmingham twice each.

Veal’s time at Phillips is over, however, and he is the new girls basketball coach at Marion County High School.

“I’ve been blessed at Phillips High School with a great group of kids and great community and great school that’s backed us,” Veal said.

Veal, 49, said he has retired as a teacher and will teach drivers’ ed at Phillips, Hackleburg and Marion County on a contract basis. He owns Memorial Funeral Home, which has locations in Guin and Sulligent, and Marion County High is located in Guin.

“I decided if I wanted to keep coaching that would be one of the best places to be at,” Veal said. “I’m not sure I was ready to give coaching completely up.”

Temple said Veal's success with two basketball programs is a credit to him as a person and coach.

“He'll be missed for sure as a coach and a teacher and as a friend and as a staple of the school,” Temple said. ”So many of our kids look up to him and admire him.”

Veal was the only person in the TimesDaily's coverage area serving as a head coach for both girls and boys basketball this past season.

Veal has coached the boys at Phillips since the 2001-02 season, leading them to the Class 1A state semifinals in 2009 and 2015. They lost to Loachapoka and Sunshine.

“That’s the program I always wanted, and what a great group of guys to work with,” Veal said.

He took over the girls basketball team in 2014-15 despite saying previously he would not coach a girls team.

“They had about three or four different coaches in six years and they were getting down on themselves,” Veal said of the players at that time.

He offered to coach the girls since he was already coaching the boys, and he stuck with that for the last six seasons. Though he still likes coaching boys, he said he eventually found girls to be better listeners and more “responsive.”

The Phillips girls steadily improved from single-digit win totals in his first few years to become one of the state’s stronger small-school programs. The Bears lost in the 2018 state championship game to Spring Garden.

In 2019, Phillips beat Skyline to win the Class 1A state championship. It was the program’s third state title, with the first two coming in 1985 and ’86.

“It’s just amazing how they progressed over the years,” he said.

The Phillips boys were eliminated in the area tournament this past year. The girls lost to Mars Hill in the Northwest Regional final.

Veal coached the men’s basketball team at Northwest Shoals Community College in 2009-10 and 2010-11 but then immediately returned to coaching at Phillips.

The Marion County girls have never won a game at the Northwest Regional at Wallace State-Hanceville, but Veal said he has bigger goals.

“I’m using it as a challenge. I’m there to win,” Veal said. “I’m trying to go back to Birmingham. Wallace State don’t intrigue me anymore. I want to get to the final four.”